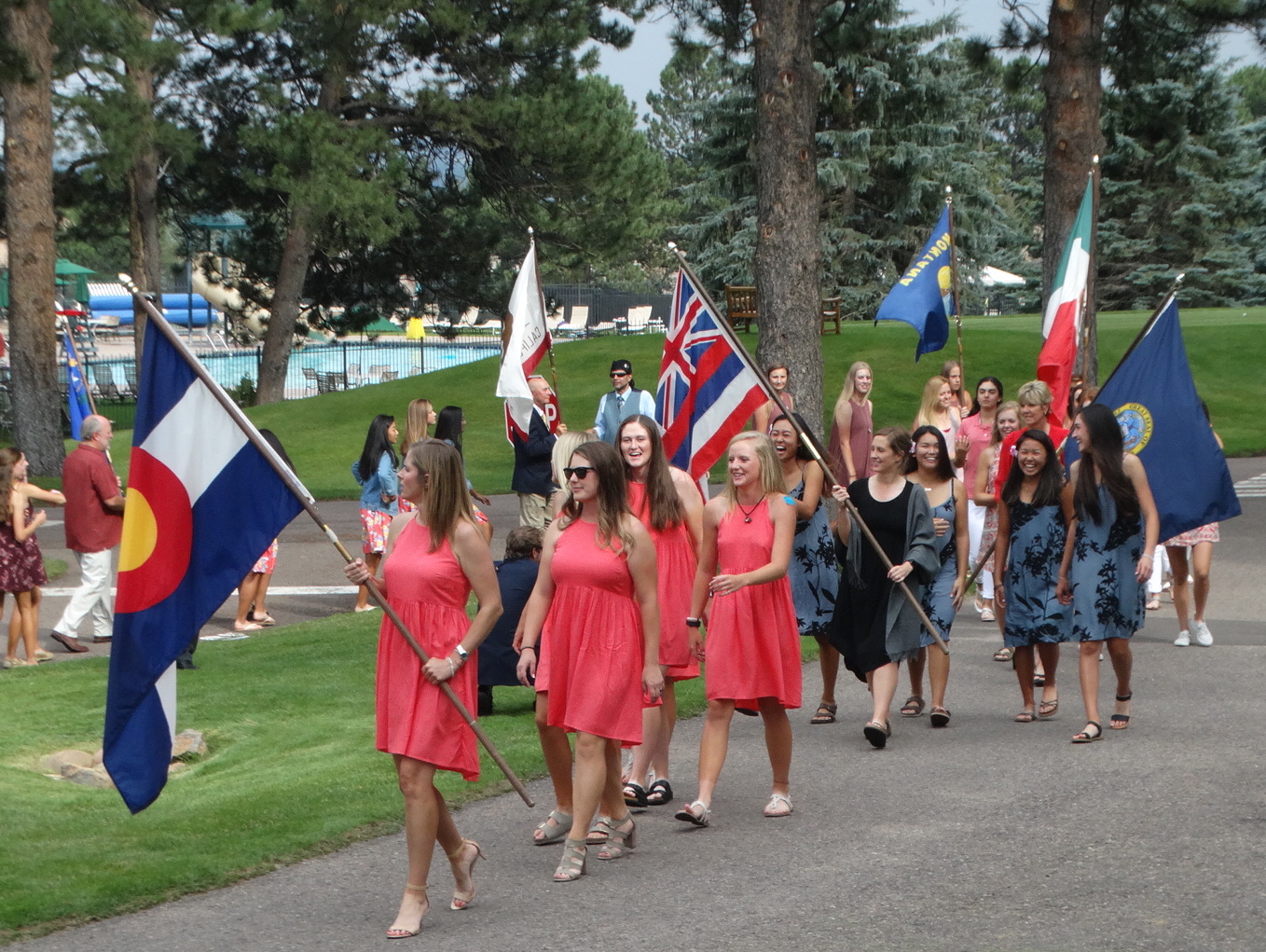 The opening ceremonies at the 2018 Girls Junior Americas Cup that Hiwan Golf Club in Evergreen hosted.

Girls Junior Americas Cup, which had been set for Idaho, canceled for 2020; Colorado, which sends a team each year, hosted the event in 2018

The hits just keep coming for Colorado junior golfers — and not in a good way for those who like plenty of tournaments in the late spring and through the summer.

The latest news came on Monday for golfers with aspirations of representing Colorado at the Girls Junior Americas Cup, a prestigious competition that features many of the top female players from the western U.S., Canada and Mexico.

On Monday, the GJAC notified organizations that send teams to the tournament that the event won’t be held in 2020 due to repercussions from the novel coronavirus pandemic. It had been scheduled for July 21-23 in Eagle, Idaho. Hiwan Golf Club in Evergreen hosted the competition in 2018.

“The uncertainty on travel restrictions, social-distancing guidelines and of course prioritizing the health and safety of the participants, captains, volunteers and (Idaho Golf Association) staff has led us to this unfortunate decision,” wrote Rachelle Pearson, the GJAC president, who noted the 2021 event now will be held in Idaho.

A four-person team represents Colorado and the CGA each year at the Girls Junior Americas Cup, which up until this year has been held annually since 1978. Last year, Colorado placed seventh out of 18 teams at the event. Representing the Centennial State in 2019 were Charlotte Hillary of Cherry Hills Village, Lauren Lehigh of Loveland, Hailey Schalk of Erie and Aubri Braecklein of Northglenn. Schalk was competing in her fourth straight GJAC, Lehigh her third, Hillary her second overall and Braecklein her first. Hillary finished third individually out of the 72-player field last year.

Meanwhile, the boys Junior America’s Cup, which dates back to the early 1970s as an annual event, is expected to make a decision soon regarding its 2020 competition, which is scheduled for July 28-30 in Genoa, Nev.

So just in the last week, significant junior golf events that have been canceled for 2020 include:

— The three girls state high school tournaments, which were to be played at Lone Tree Golf Club (5A), Colorado National Golf Club in Erie (4A) and CommonGround Golf Course in Aurora (3A).

— The U.S. Girls’ Junior Championship that was to be contested at Eisenhower Golf Club at the Air Force Academy, and related qualifying.

— The U.S. Junior Amateur in Chaska, Minn., and qualifying.

In addition, previously canceled were:

— The IMG Academy Junior World Championships in the San Diego area, and qualifying.

— The Optimist International Junior Golf Championship in Miami, and qualifying.

— The Junior Golf Alliance of Colorado tournaments until after Memorial Day (May 25).

— All Drive Chip & Putt qualifying events that had been scheduled for 2020.