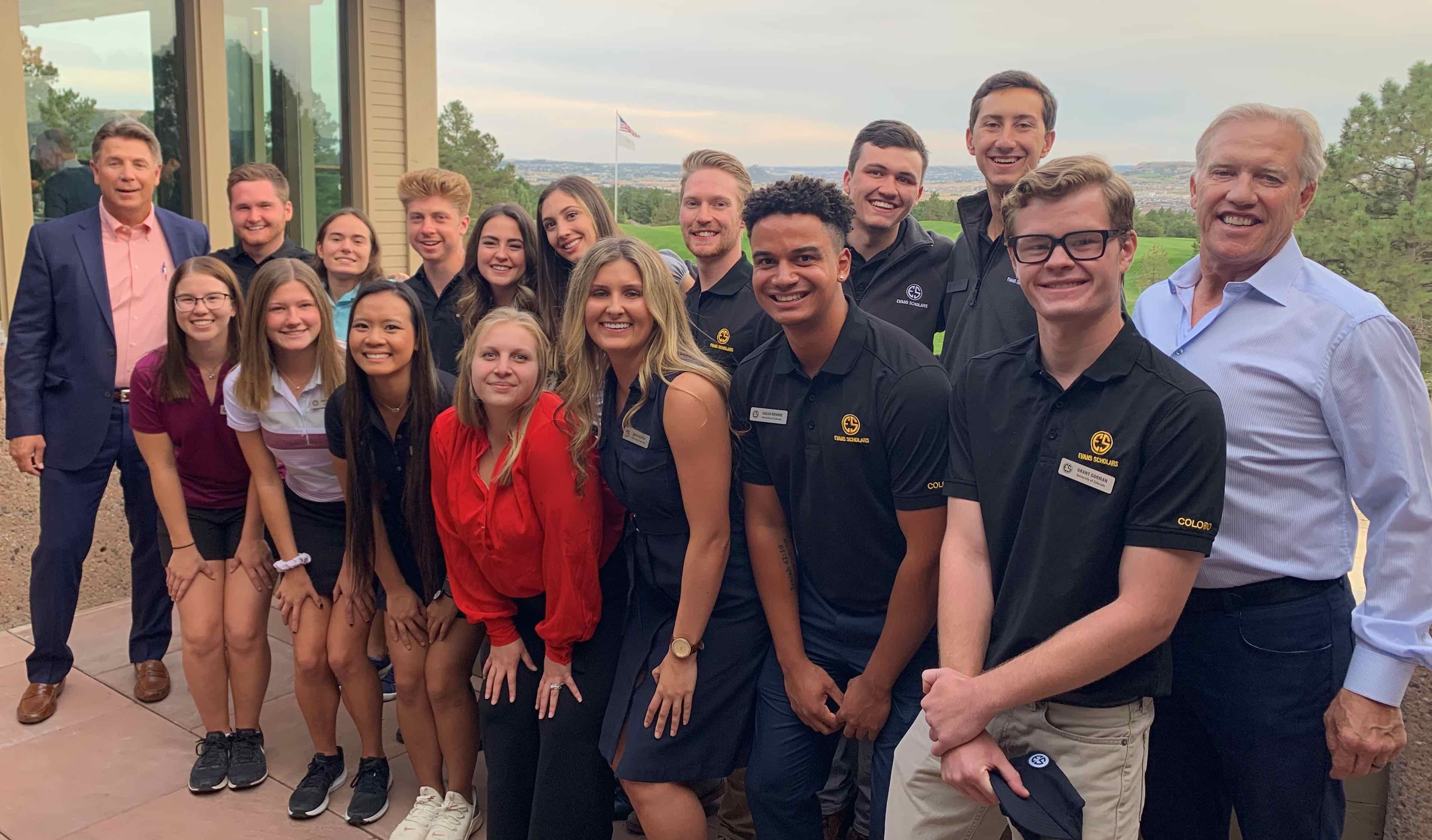 At roughly the same time the Evans Cup of Colorado — then known as the Par Club Tournament — made its debut in the Centennial State, so did a guy named John Elway.

It was the early 1980s when both came on the scene in Colorado, and each has made great strides over the decades.

On Monday at Castle Pines Golf Club, the Pro Football Hall of Famer and current Broncos general manager highlighted the 38th annual Evans Cup of Colorado, a fundraising golf event and dinner which benefits the Evans Scholarship for caddies, including the 60 Evans Scholars currently in school at the University of Colorado. CU has been home to an E.S. house since the late 1960s.

With Elway serving as the keynote speaker, this week’s Evans Cup of Colorado grossed a record amount of nearly $270,000 for the cause.

Twenty-nine foursomes played at Castle Pines Golf Club, where the PGA Tour’s International was held from 1986 through 2006. A total of about 150 people attended the dinner, which featured a fireside chat with Elway conducted by Colorado media personality Vic Lombardi.

Among the key drivers of the Evans Cup of Colorado is Western Golf Association national officer and director and state chairman Geoff “Duffy” Solich, who along with younger brother George Solich were Evans Scholars at CU in the late 1970s and early ‘80s.

(Pictured above are Elway, at far right, and Duffy Solich, at far left, with the CU Evans Scholars who attended Monday’s event at Castle Pines.)

The full tuition and housing Evans Scholarship is awarded to high-achieving caddies with limited financial means, The WGA, which adminsters the Evans Scholarship, has long partnered with the CGA in supporting the scholarship at CU. Nationwide, 1,010 Evans Scholars are currently enrolled, primarily at 18 universities that span nearly coast to coast.

Next year’s Evans Cup of Colorado is scheduled for The Broadmoor Resort in Colorado Springs on Sept. 14.