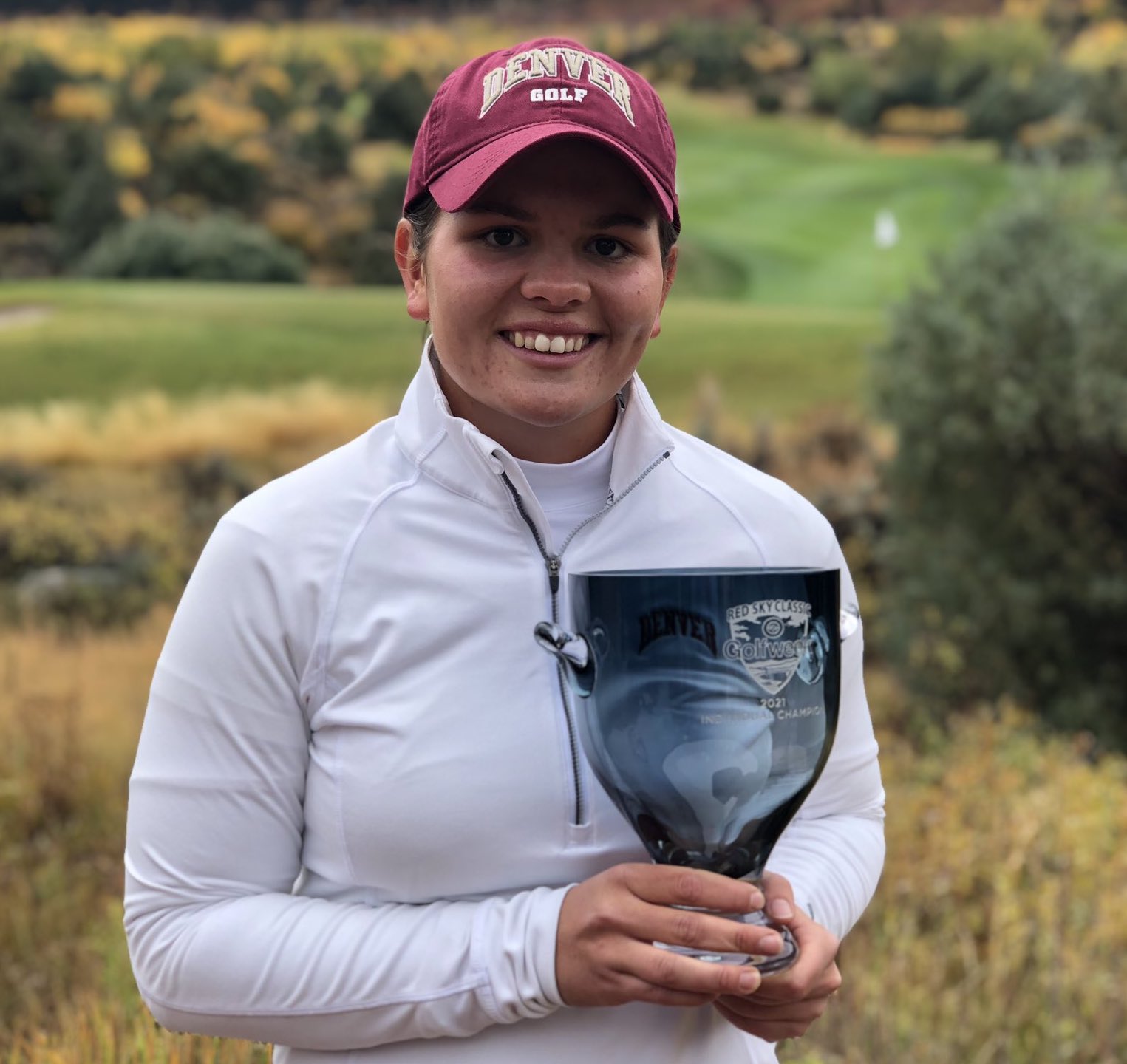 DU's Anna Krekling claimed the individual title by one after making birdie on her final hole.
(Photo: @GolfweekRingler)

Martha Richards came ever so close to notching her first team victory as head coach of the University of Denver women’s golf team — and she did get individual win No. 1.

DU finished second on Wednesday — one stroke behind champion East Tennessee State — in the Golfweek Red Sky Classic, which was shortened to 36 holes due to weather issues at Red Sky Golf Club in Wolcott.

DU’s Anna Krekling claimed the individual title out of a field of 104 players. The junior from Norway carded rounds of 66-72 for a 6-under-par 138 total, ending up a stroke ahead of Tereza Melecka of East Tennessee State, who made a double-bogey 7 on her final hole.

Krekling birdied her final hole and finished the 36-hole event with 11 birdies and five bogeys.

Not only did Wednesday mark Krekling’s first individual college title, she had never before placed in the top 30 in a large-field event, though she did finish fifth out of 15 players at the 2019 Ron Moore Intercollegiate.

Richards — a former head coach at Texas, Vanderbilt and Boise State — left her job as athletic director of Aspen High School to take the DU women’s job in August.

Joining Krekling in recording a top-five showing on Wednesday was the University of Colorado’s Lauren Gooding, who tied for third at 141 (68-73).

In the team standings, East Tennessee State won with a 6-under-par total for two rounds, while DU was second out of 20 teams at 5 under and CU fifth at 7 over.

For all the scores from Red Sky’s Fazio Course, CLICK HERE.