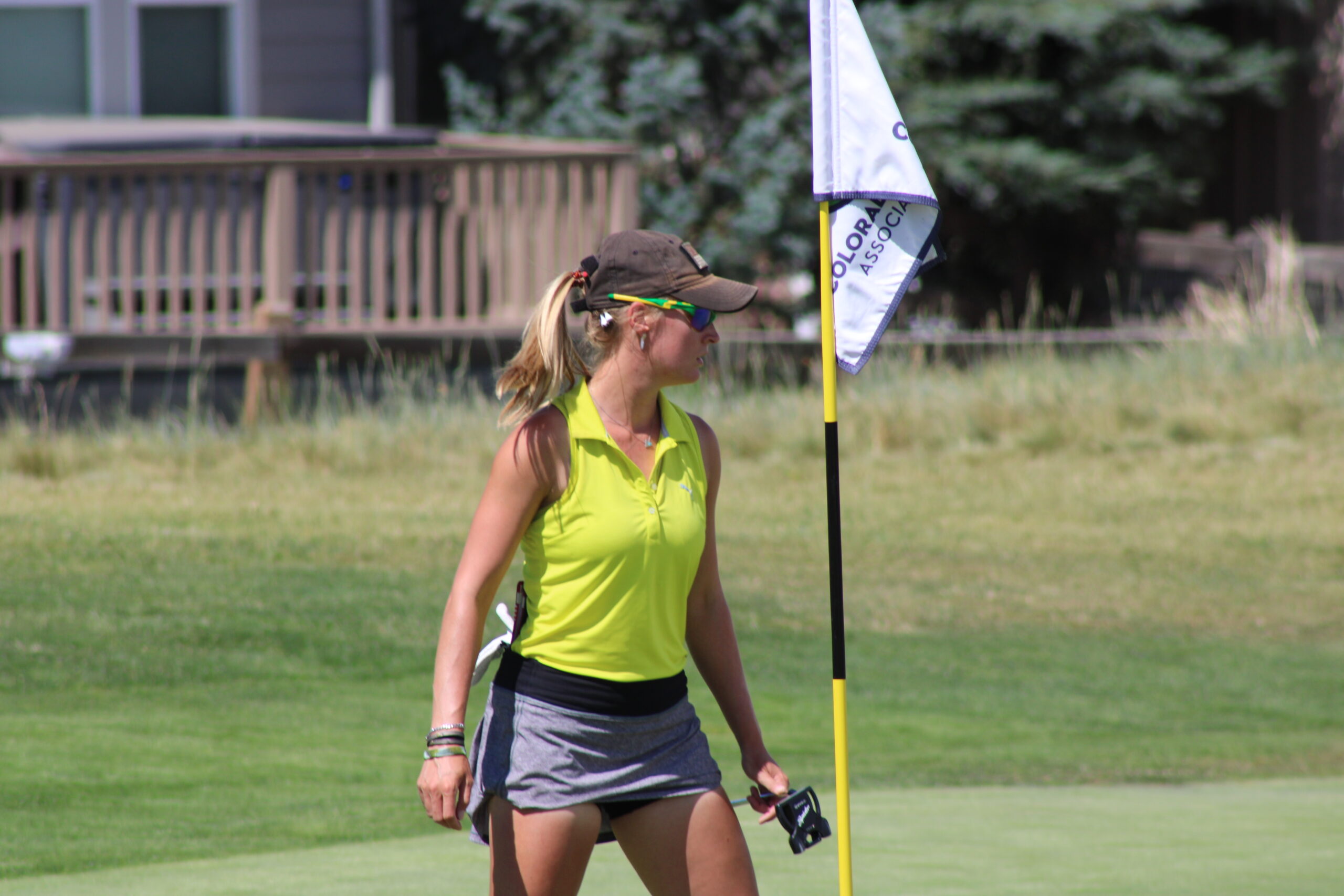 Charlotte Hillary of Cherry Hills Country Club carded an impressive eight birdies and leads the field with a five-under-par round of 67 at the CGA’s 75th Women’s Stroke Play Championship at Colorado National Golf Club in Erie. Hillary struggled with par-3’s today, making double bogey on the par-three 9th and bogey on the par-three 16th, but the rest of the Northwestern Wildcat’s round more than made up for the two missteps.

Emma Bryant of Green Valley Ranch Golf Club and Kelsey Webster of Boulder Country Club are hot on Hillary’s heels and tied for second with three-under-par 69’s. Bryant’s round was steady, with only one bogey, while Webster’s back nine balanced two bogeys and one double bogey with five birdies.

Defending champion and reigning Women’s Match Play winner Leigha Devine, who plays collegiate golf at Rutgers, sits tied for sixth after a round of 73.

The three-day tournament is one of the oldest in Colorado women’s golf history with the first champion, Janice Voight of Cherry Hills Country Club, earning her title in 1948. Since that time, seventy-three other champions have added their names to the trophy, including Colorado Golf Hall of Fame members Barbara McIntire, Marcia Bailey, Joan Birkland, Carol Flenniken, Kim Eaton, and Janet Moore.