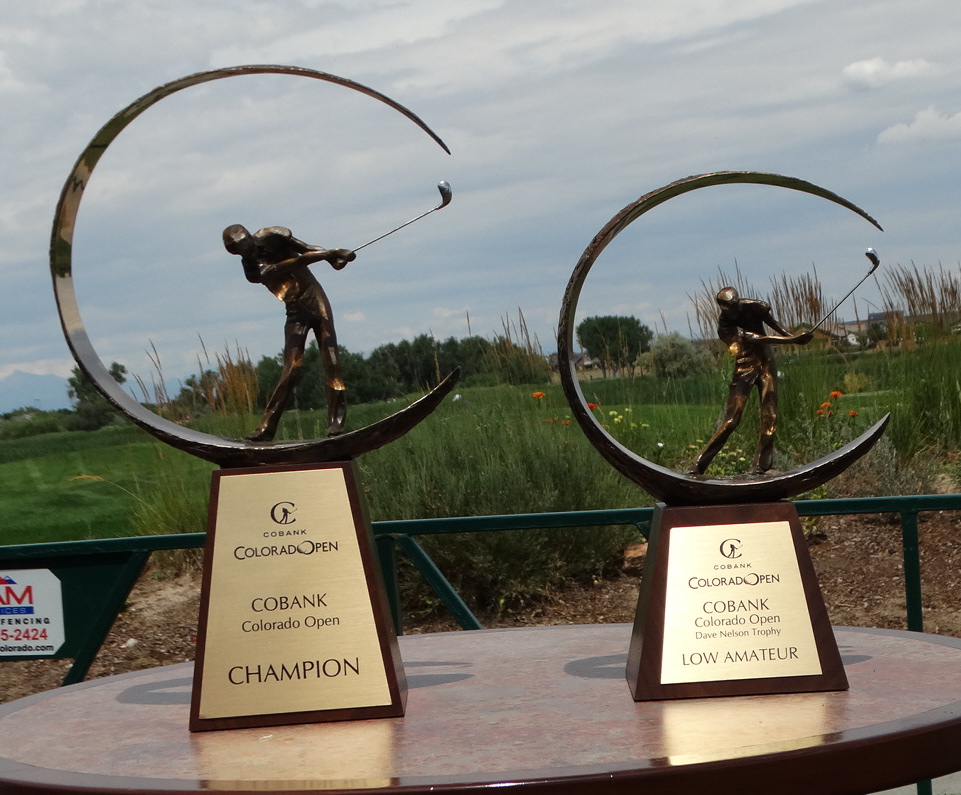 The CoBank Colorado Open always produces plenty of memorable storylines — which generally comes with the territory for a tournament offering a $250,000 purse, with $100,000 going to the winner — and this week’s 57th edition is certainly no exception.

The 72-hole event runs Thursday through Sunday at Green Valley Ranch Golf Club in northeast Denver and is open to the public, free of charge.

Here are quick hits on some of the key entrants:

— After a very strong amateur career that included competing in four U.S. Amateurs, winning the 2019 Southern Amateur and two 2021 college tournaments, and being named the CGA’s Player of the Year in 2018, AJ Ott of Fort Collins is in the midst of his first summer as a pro, and competing in his home state Open no doubt could be one of the highlights. Another northern Colorado resident who just wrapped up a solid college career, Dan Erickson of Berthoud, also is set to tee it up as a pro.

— After being a fixture at the Colorado Open for years — though not recently — 2010 CGA Player of the Year Gunner Wiebe is back. Following a stint as a PGA club professional in the Los Angeles area, the Kent Denver grad is competing regularly again. He won the title at the National Car Rental Assistant PGA Professional Championship in November. Wiebe, son of Colorado Golf Hall of Famer Mark Wiebe, finished second overall in the 2010 Colorado Open as an amateur and placed third as a pro the next year and fifth in 2013.

— Sam Saunders — Arnold Palmer’s grandson, not the 2019 Colorado Open champion — is scheduled to tee it up at GVR. Saunders, who moved back to Fort Collins late last year, has played in 155 PGA Tour events, with a runner-up showing at the 2015 Puerto Rico Open being his best finish. He’s gearing up for the Korn Ferry Tour Finals.

— Shane Bertsch, the 1998 Colorado Open champion who won an event on PGA Tour Champions last year, is returning to Green Valley Ranch. The 51-year-old Parker resident tied for third at GVR in 2018.

— Smylie Kaufman, who won the 2015 Shriners Hospitals for Children Open on the PGA Tour, is also scheduled to give it a go at GVR.

— Also in the field this week is Tyler Strafaci, winner of the 2020 U.S. Amateur, who’s now in the pro ranks.

— Also teeing it up at GVR will be Marty Jertson, the former Colorado School of Mines golfer who won the 2001 CGA Amateur and has long been a fixture with Ping, now as a vice president of fitting and performance. Jertson has competed in five PGA Championships and one U.S. Open.

— James Love of Denver, the former University of Denver golfer who has placed second and fourth in the last two Colorado Opens, will aim for another top finish this week. Another Love, Dru Love, the 2018 champion and Davis Love’s son, is also entered.

Among those NOT in the field this week are former University of Colorado golfers Derek Tolan, who has won the title twice since 2009, and Jonathan Kaye, also a two-time champ, the last coming in 2017.