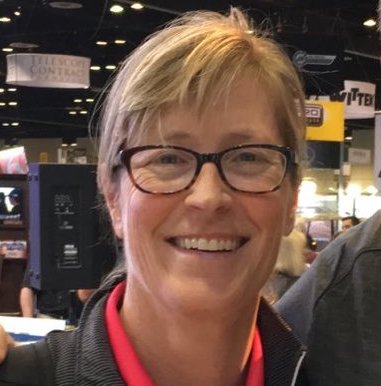 The CPGA recently announced many of its annual special award winners, and receiving the Colorado PGA Golf Professional of the Year honor was Alice Plain, director of golf at Vail Golf Club.

According to the Colorado PGA, “the award is based on the candidate’s entire record, with special emphasis placed on performance and achievement over the past five years in the following criteria: overall performance as a PGA Professional at his/her facility; service to the Colorado PGA Section; leadership ability; image and ability to inspire fellow PGA Professionals; and promotion of golf.”

Plain, who was diagnosed with multiple sclerosis in 2006, has spent the last 13 years at Vail Golf Club, and her work belies her surname. She’s mentored nine PGA professionals and more than 35 PGA/PGM interns during her 25-year career as a member of the PGA of America. Plain, a PGA West Chapter Board member, has received seven previous CPGA/West Chapter awards, including the 2013 Colorado PGA Public Merchandiser of the Year honor. A former Oklahoma State golfer, she played a key leadership role in helping Eagle County navigate the Covid-19 pandemic from a golf perspective.

The first female to receive the Colorado PGA Golf Professional of the Year award was Leslie Core-Drevecky of Murphy Creek Golf Course in 2016.

Plain was one of a dozen Colorado PGA special award winners for 2021 that were announced this month. Other award winners will be named or determined in the coming two months, including the players of the year.

Here are the Colorado PGA awards that were announced this month:

— Patriot Award (contributions and support to the U.S. armed forces and active-duty personal and veterans; 2021 is the first year for this award): Paul Surniak, Cheyenne Shadows Golf Club.