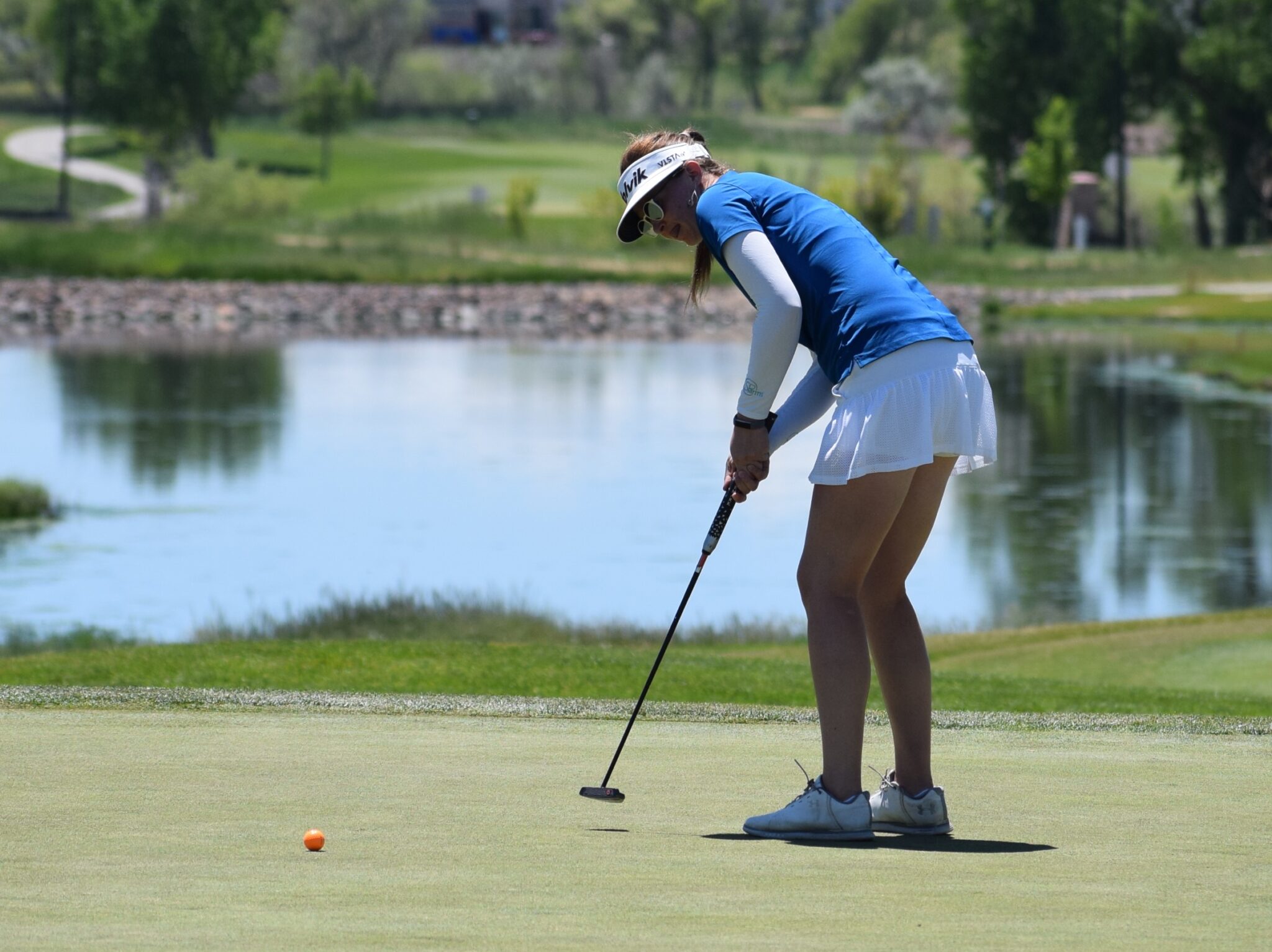 After solid first day, Coloradan Becca Huffer struggles in round 2 at LPGA Q-Series — despite final-hole eagle

A new day and a new course brought a wildly different result on Friday for Becca Huffer of Monument at the LPGA Q-Series in Mobile, Ala.

A day after firing a 3-under-par 69 at the RTJ Magnolia Grove’s Crossings Course, Huffer shot a 7-over 78 on Friday at the Falls Course. That dropped her from 14th place to 89th in the 110-player event.

Assuming she makes the cut to the low 70 players and ties that comes after Sunday’s fourth round, Huffer has plenty of time to rebound as this is an eight-round event, with the final four coming Dec. 9-12 in Dothan, Ala., for those who survive the cut.

Huffer, who earned an LPGA Tour card through the 2018 Q-Series, stands at 4-over 147 overall, 13 strokes behind co-leaders Linnea Johansson and Na Rin An.

Things could have been even worse on Friday for the two-time CoBank Colorado Women’s Open champion, but Huffer finished with an eagle at No. 18. For the day, she chalked up an eagle, a birdie, four bogeys and three double bogeys. In the nine holes prior to her eagle, Huffer had gone 8 over par.

Like Huffer, the two University of Colorado golfers competing in the Q-Series will have to make up some ground on the weekend to make the 72-hole cut. Esther Lee stands in 99th place at 6-over 149, while Robyn Choi is 105th at 151.

Lee, who had her LPGA Tour card last year, made a birdie and a bogey en route to a 72 on Friday. Choi, also a onetime LPGA Tour card-holder, posted a second-round 74 that included two birdies and five bogeys.