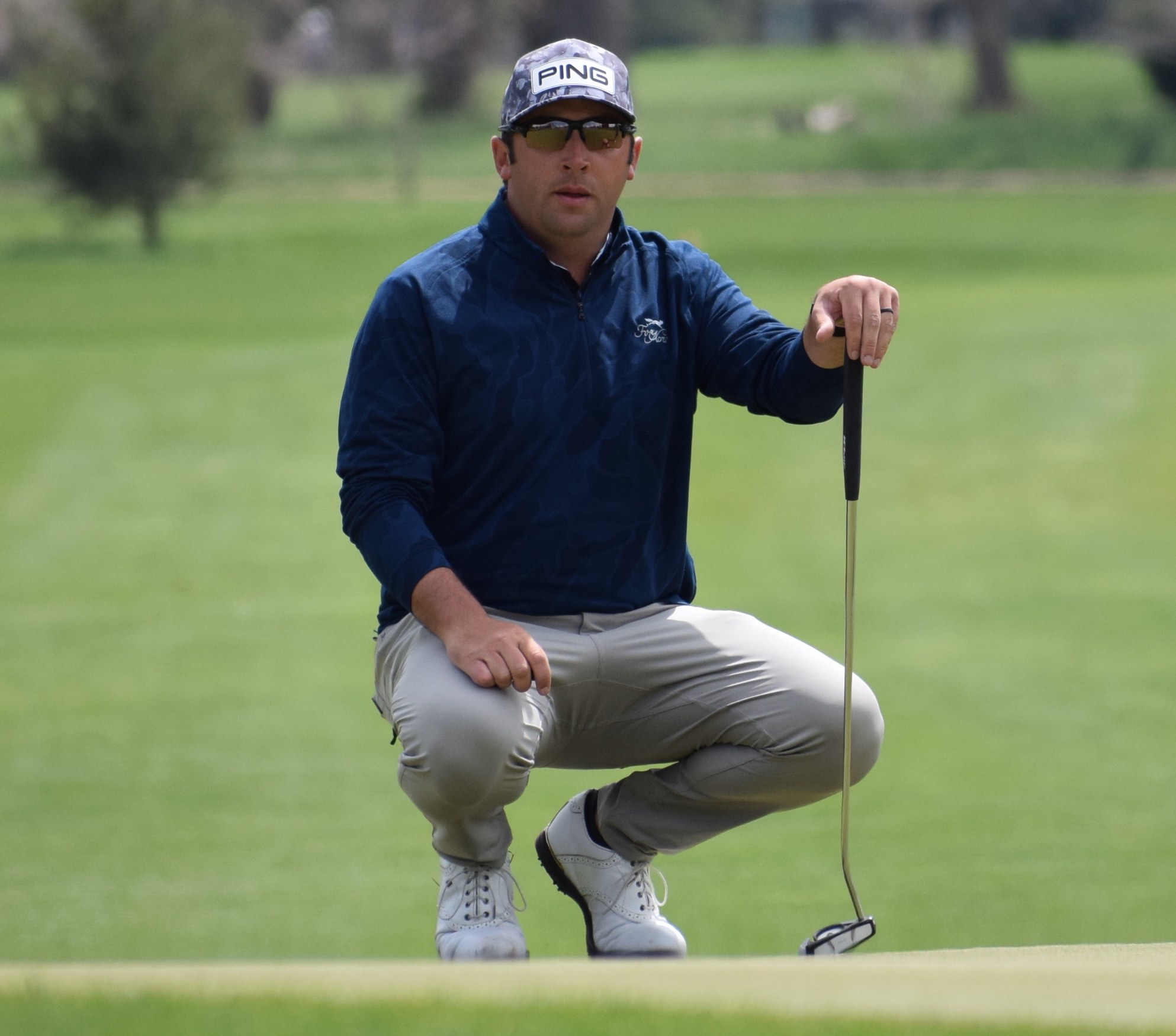 Eighty-four golfers began play on Thursday in the CGA Amateur Championship. A grand total of three of them broke par in round 1 as the Country Club of Colorado in Colorado Springs proved a formidable test.

Former pro Parker Edens of Collindale Golf Course, who hadn’t ever played the Country Club of Colorado as of midday on Wednesday, grabbed the lead with a 2-under-par 68. The Colorado State University men’s golf assistant coach, runner-up twice in the CGA Match Play and once in the CGA Mid-Amateur, shot the 68 despite bogeying his final two holes.

Edens, who this year advanced to the final stage of qualifying for the U.S. Open for the sixth time, finished Thursday with four birdies and two bogeys.

Two-time CGA Amateur champion Colin Prater of Cherokee Ridge Golf Course in Colorado Springs was paired with Edens in the first group off No. 1 tee on Thursday. And the 2020 winner also shot under par, posting a 69 to share second place with Adam Neville of Metro Denver eClub.

Prater, who swept the CGA Match Play and Amateur titles in 2020, like Edens bogeyed the 18th hole. Prater finished with two birdies and one bogey on Thursday.

Meanwhile, Neville birdied the 18th hole to cap a day that featured three birdies to go along with a double bogey on No. 4.

Three players carded 70s to share fourth place, including Joseph Madden of CommonGround Golf Course, who was 3 under par through 15 holes before going bogey-double bogey on 16 and 17. Also at 70 are Denton Walker of Western Colorado eClub and Austin Duffy of Metro Denver eClub.

Steve Ivan of Patty Jewett Golf Course, a 59-year-old who was the CGA’s Senior Player of the Year two of the past three seasons, is among those on the leaderboard after shooting 71.

Tom Glissmeyer, who grew up regularly playing Country Club of Colorado and who qualified for the 2003 U.S. Open as a 16-year-old, opened with a 72 after playing his final five holes in 3 under par.

The 72-hole CGA Amateur will continue through Sunday. The field will be cut to the low 40 players and ties after Friday’s second round.