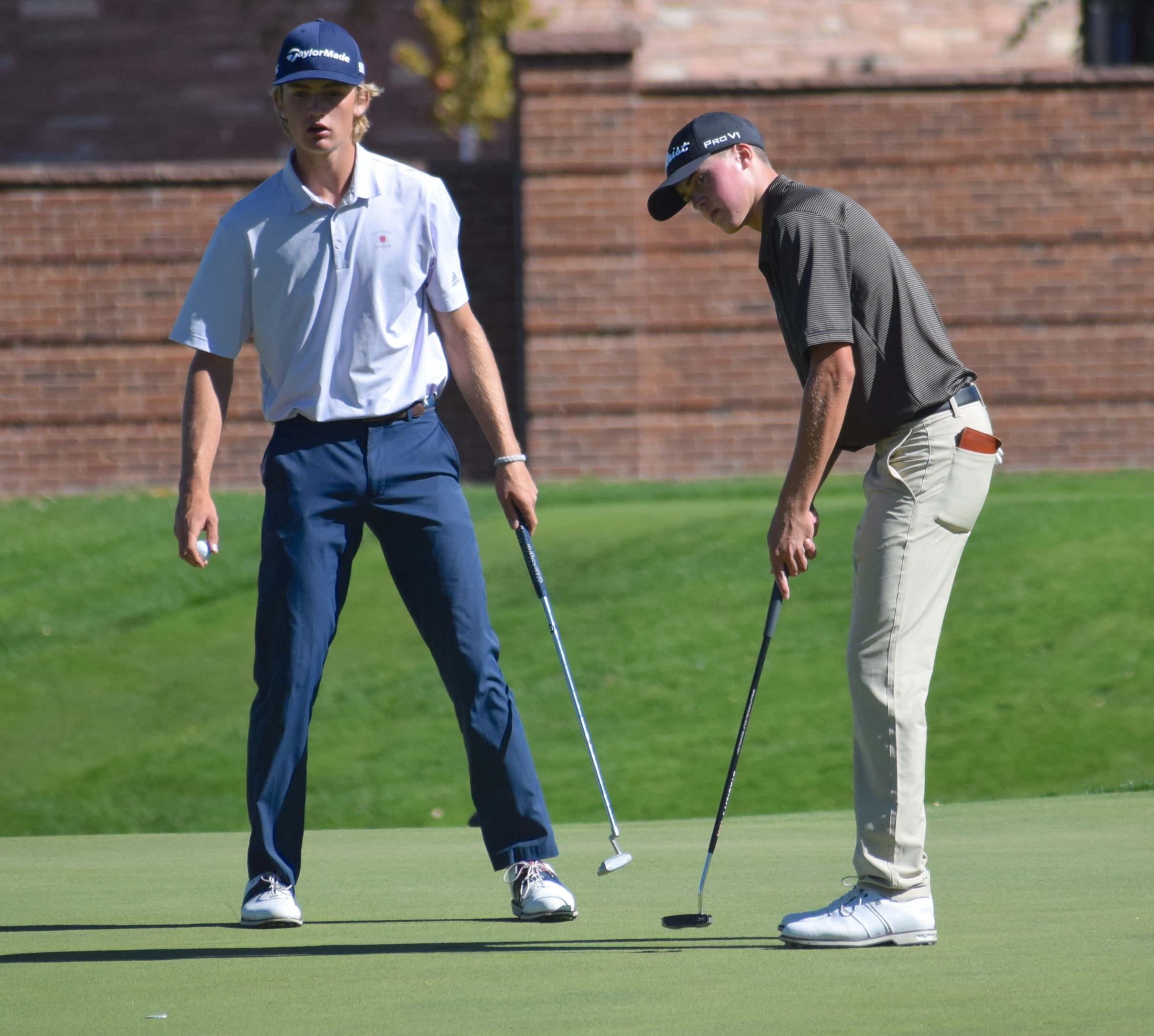 Colorado-based NCAA Division I golf teams gain commitments from at least 5 local junior golfers; in all, at least 9 Coloradans, and two other JGAC members, set to play DI college golf

And that help will be well-distributed.

Hunter Swanson of Denver and Northfield High School, the Junior Golf Alliance of Colorado Boys Player of the Year in both 2020 and ’21, is headed to the University of Colorado.

Matthew Wilkinson of Centennial and Arapahoe High School, winner of three of the last six JGAC major titles on the boys side, will join up with the Colorado State Rams.

Nic Pevny of Aspen and Aspen High School, the 2020 3A boys state high school champion, is University of Denver-bound.

Timbre Shehee of Mead and Mead High School, who posted top-10 finishes in three JGAC majors this year, will play for the University of Northern Colorado women’s squad.

Gage Messingham of Arvada and Ralston Valley High School, who scored two victories in JGAC Tour events in 2021, will tee it up for the UNC men.

Those five made their verbal commitments formal this week by signing National Letters of Intent. The 2021-22 signing period began on Wednesday and will continue through Aug. 1.

And at least four other Coloradans from the class of 2022 are also committed to play DI college golf, but out of state. Kaylee Chen of Parker, the JGAC Girls Player of the Year in 2021, is headed for New Mexico State. Will Kates of Centennial and Arapahoe High School, twice winner of a 5A individual state title, will play for Ohio University. Olivia Steen of Fort Collins and Fossil Ridge High School, who placed third in the 2021 5A girls state high school meet, will compete for Bowling Green State in Ohio. And Eva Pett, who grew up in Denver and now lives in England, will tee it up for the University of San Francisco.

Another prominent junior golfer in the state, Jessica Mason of Westminster and Holy Family High School, has committed to play her college golf at Pomona Pitzer in Claremont, Calif., which currently has the nation’s No. 7-ranked NCAA Division III women’s golf program, according to Golfstat. In an eight-day period early in the summer, Mason won both the 4A girls state high school individual title (by 10 strokes) and the Colorado Junior PGA Championship. Mason became the fourth consecutive player from Holy Family to capture an individual girls state golf title following Hailey Schalk’s run from 2017 through ’19 before last year’s state meets were canceled.

Swanson, long a member of The First Tee program at Green Valley Ranch and part of the CGA’s Hale Irwin Player Program at CommonGround Golf Course, posted two second-places finishes in JGAC majors and another in the AJGA event in Montrose. He particularly shined in big out-of-state events, finishing runner-up in a playoff at The First Tee National Championship and fifth in the pro-junior portion of the PURE Insurance Championship at Pebble Beach, a PGA Tour Champions event that features selected First Tee participants.

Swanson also placed 51st out of 207 competitors in his age/gender division of the prestigious IMG Academy Junior World Championship and competed in the U.S. Junior Amateur and the Junior America’s Cup. In open-age amateur golf, Swanson advanced to the quarterfinals of the CGA Match Play, where he lost to eventual champion Cole Nygren. This fall, he was named a Future Famer by the Colorado Golf Hall of Fame.

Swanson will be joining a CU team that currently has six freshmen players, eligibility-wise, on its roster.

Wilkinson competed in just two JGAC majors in 2021, but he won both of them, claiming titles in the Junior PGA Championship and the JGAC Tour Championship. That gives Wilkinson victories in three of the last six JGAC majors as he won the Colorado Junior Match Play in 2020.

Wilkinson recently helped Arapahoe win its first boys state high school team title since 1988. He also qualified for the U.S. Junior Amateur and was the top Colorado finisher at the Junior America’s Cup (13th place). Like Swanson, Wilkinson made it to the quarterfinals of the CGA Match Play this year. And he also was named a Colorado Golf Hall of Fame Future Famer this fall.

The Rams currently have four freshmen, eligibility-wise, on their team.

Of the eight golfers currently on the DU roster, five are seniors or graduate students.

UNC-bound Messingham won JGAC Tour events at Pelican Lakes in May and at Black Bear in August. And last month, he tied for third place individually in the 5A boys state high school tournament.

On the women’s side, Shehee will play for the UNC women’s team while her brother, TJ, is on the Bears’ men’s squad. Timbre Shehee finished third in the Colorado Junior Amateur, seventh in the Colorado Junior PGA and ninth in the JGAC Tour Championship. She also tied for fourth individually in the 4A girls state high school tournament. Shehee was one of three 2021 winners of the JGAC Grace Burke Award, which goes to female high school seniors who exhibit character, leadership, personal integrity, and enthusiasm for the game of golf, in addition to being an Academic All-Star.Both of Shehee’s parents are Colorado PGA Professionals — Tray and Terra.

New Mexico State-bound Chen earned the JGAC Girls Player of the Year honors in 2021 after placing second on the JGAC Tour girls points list each of the past two years. Chen posted two top-five finishes in AJGA events held in Colorado, placing fourth at the AJGA Junior Open at The Bridges in Montrose and fifth at the AJGA Hale Irwin Colorado Junior in Westminster. At the Girls Junior Americas Cup competition, Chen finished eighth individually out of a field of 62 to lead the Colorado contingent with a 3-under-par 210 total for three rounds. Chen was a quarterfinalist in the CGA Women’s Match Play and teamed with fellow junior Morgan Miller in placing second in U.S. Women’s Amateur Four-Ball Qualifying. In five JGAC events in 2021, the 2019 Colorado Junior Amateur champ finished in the top five in each start, including ending up third in the JGAC Tour Championship.

Another JGAC member — this one from out of state — also has signed with the Colorado-based DI program. Miller,from Cedar Park, Texas, who claimed both the 2020 and ’21 girls titles in the Colorado Junior Match Play, inked a commitment with the CU women.

Here are the Colorado junior golfers — Class of 2022 — and other Junior Golf Alliance of Colorado members who have signed or committed to play college golf. (Note: This list will be updated. Information on others who should be added to this list can be sent to GolfJournal@ColoradoGolf.org

Ty Holbrook of Granbury, Texas, who lost in a three-man playoff for the boys title at the AJGA Hale Irwin Colorado Junior

Taewoo You of Murrieta, Calif.