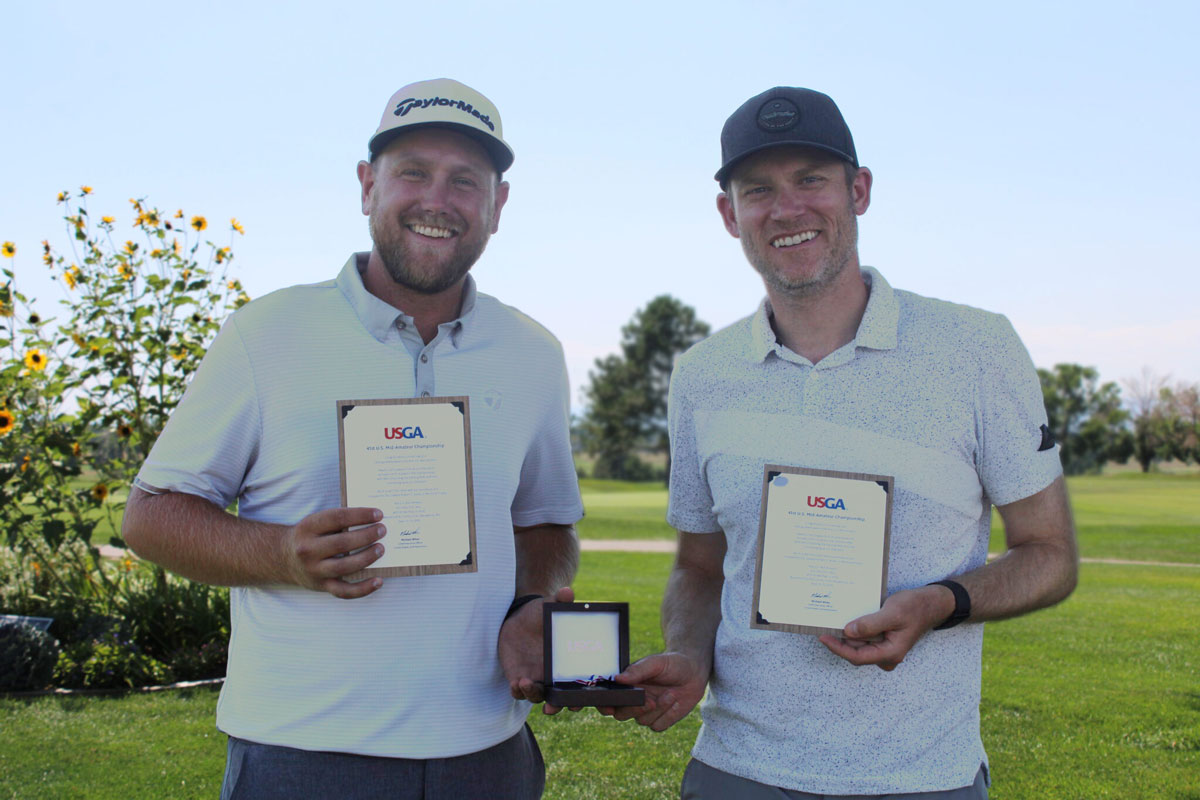 Perfect conditions at CommonGround Golf Course led to low scores at the U.S. Mid-Amateur qualifier today, where three spots were up for grabs.

Atop the packed leaderboard were Chris Thayer (Golden) and Sam Marley (Centennial), who both fired rounds of 64 (-6). Thayer ended the day with only one bogey while Marley carded two bogeys and eight birdies to earn his spot at the top of the leaderboard alongside Thayer.

Nick Nosewicz (Aurora) and Tom Glissmeyer (Denver) both fired 65 to reach a playoff for the last qualifying spot. Glissmeyer would have missed the playoff if not for a clutch eagle on the par-5 18th hole.

The playoff was held at the 10th hole. Both players hit their tee shots down the middle of the fairway and had wedges into the green. Glissmeyer went first and hit his approach to about 20 feet, while Nosewicz took dead aim and was about six feet away from the hole. Glissmeyer just missed his birdie attempt. Nosewicz hit it the center of the cup, and gave a big fist pump, knowing he had just clinched the last spot.

Thayer, Marley, and Nosewicz will head to famed Erin Hills, host of the 2017 U.S. Open, to try and capture the 2022 U.S. Mid-Amateur Championship on September 10th. Glissmeyer will be the first alternate, followed by Patrick Grady (Denver) who won a five-for-one playoff for the second alternate spot.