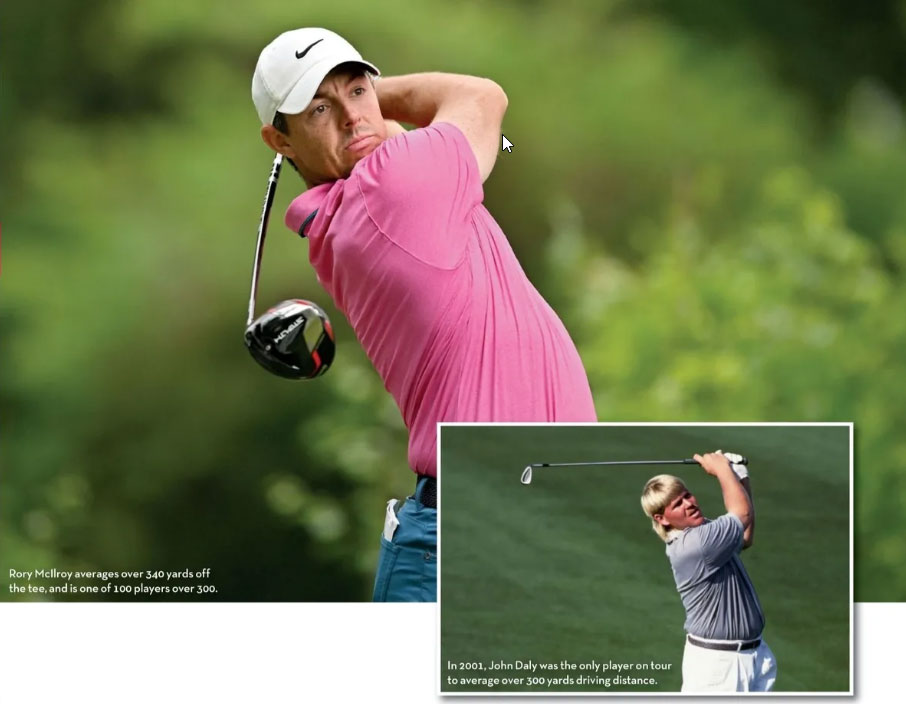 Let me guess…Santa brought you a new driver for Christmas and you already picked up another 10 miles an hour of ball speed? I don’t mean to be The Grinch, but I sure wish the USGA would steal back the game and finally put a lid on this silliness.  If they don’t, the Ghost of Golf’s Future may show us golf balls routinely traveling over 400 yards!  You doubt me?  You think I exaggerate? Check out these numbers:

Based on this trend the 400-yard mark is not so far away.  Particularly if the USGA continues to show exactly “0” willingness to tackle the distance problem—and yes, it is a problem!  Instead, the USGA has stuck its head in the research sand and chosen to publish reports, studies, and “interest” papers that use thousands of words to state the obvious—“golf balls go too far!”

While Major League Baseball has held firm on wooden bats and is now making significant rules changes to preserve the integrity of the game, golf continues to do nothing.  As a result, Augusta National is forced to buy up more and more neighboring property.

To be clear, the distance problem is not golf’s problem—it is a PGA Tour problem!  Once again baseball gets it right.  Aluminum bats are allowed in little leagues and even in college, but once you get to “The Show” things change.  If they didn’t, Fenway Park would look like a racquetball court. Thankfully, baseball at the highest level can still be played in these classic stadiums, but sadly, many of golf’s greatest sanctuaries can only host clubs championships and an occasional member-guest.

All of this when the solution is so simple.  Require golf ball manufacturers to engineer a limited flight ball for the PGA Tour.  Why is that such a crazy idea?  We already pick shorter tees than Tour players, wouldn’t it make more sense to change the ball rather than the course itself?  Golfers who want to test their games using the limited flight ball can have it while the rest of us use the current balls that we have grown accustomed to.

But sadly, as we turn the page to 2023 it looks like we will once again go another year with driving distance going unchecked. The Grinch who stole golf is an aerospace engineer who uses terms like “smash factor” and “coefficient” and our children fall asleep with imagines of titanium and carbon dancing in their heads.