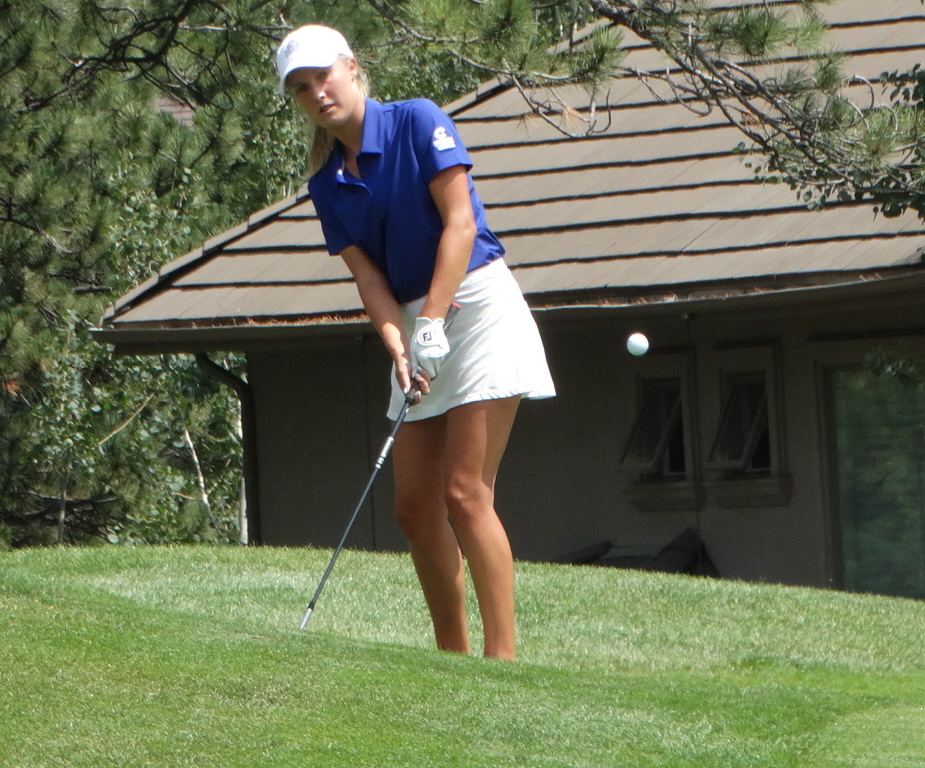 Hailey Schalk of Erie shot one of the best scores of the final round and finished third in the 15-16 age group and sixth overall out of 96 players on Sunday in the Joanne Winter Arizona Silver Belle Championship at Longbow Golf Club in Mesa.

Schalk, a two-time 3A state high school champion from Holy Family High School, fired a 3-under-par 68 — second-best of the the final round — and finished at 2-over 215 overall, six behind champion Ashely Shim of San Mateo, Calif.

Schalk (left), the 2017 Junior Golf Alliance of Colorado’s Girls Player of the Year, birdied two of her last three holes of the tournament and finished with four birdies and one bogey on Sunday. The 16-year-old carded rounds of 74-73 on Friday and Saturday. Over the three days, the future University of Colorado golfer went 5 under par on the final four holes at Longbow.

Many elite players have competed in the Arizona Silver Belle over the years, and the past winners include then-Colorado Springs resident Lauren Howe, who won in 1976. Howe will be inducted into the Colorado Golf Hall of Fame in June.

For all the scores from the 2018 Arizona Silver Belle, CLICK HERE.