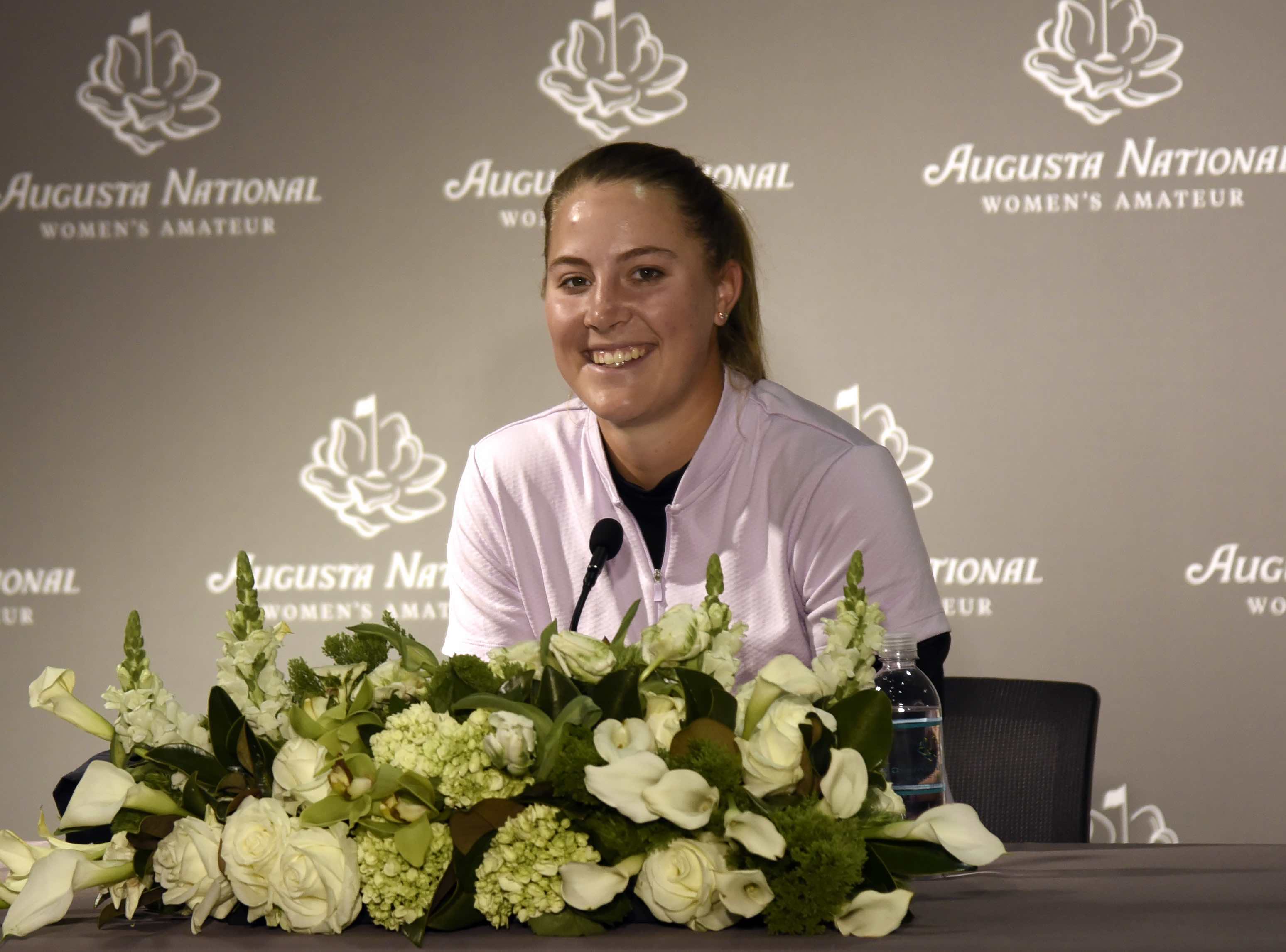 Jennifer Kupcho of Westminster won the inaugural Augusta National Women’s Amateur on Saturday. For those of you who don’t know the in-depth golf background of the lifelong Coloradan — or who have forgotten the details of her many golf accomplishments in the Centennial State — here’s a rundown:

— Currently a senior on the Wake Forest women’s golf team.

GOLF HIGHLIGHTS IN COLORADO (Updated in 2020)

— Named Colorado Amateur Athlete of Year — regardless of sport or gender — by Colorado Sports Hall of Fame (2019).

— Inducted into Sportswomen of Colorado Hall of Fame (2017).

— Named one of two winners (along with Dale Douglass) of inaugural Hale Irwin Medal, which recognizes outstanding Colorado golfers who exhibit competitiveness, resiliency and a proven record of winning.

— Was a member of the CGA’s Hale Irwin Player Program at CommonGround Golf Course in Aurora (2014).

— Winner of Colorado Junior Tournament of Champions title (2014, by 12 strokes).

— Finished second out of 102 players in the eight-round LPGA Q-Series in the fall, easily earning her LPGA Tour card, which she’ll accept after concluding her college career in May.

— Became first American woman to win prestigious Mark H. McCormack Medal as the top women’s player in the World Amateur Golf Rankings as of the conclusion of U.S. Women’s Amateur (2018).