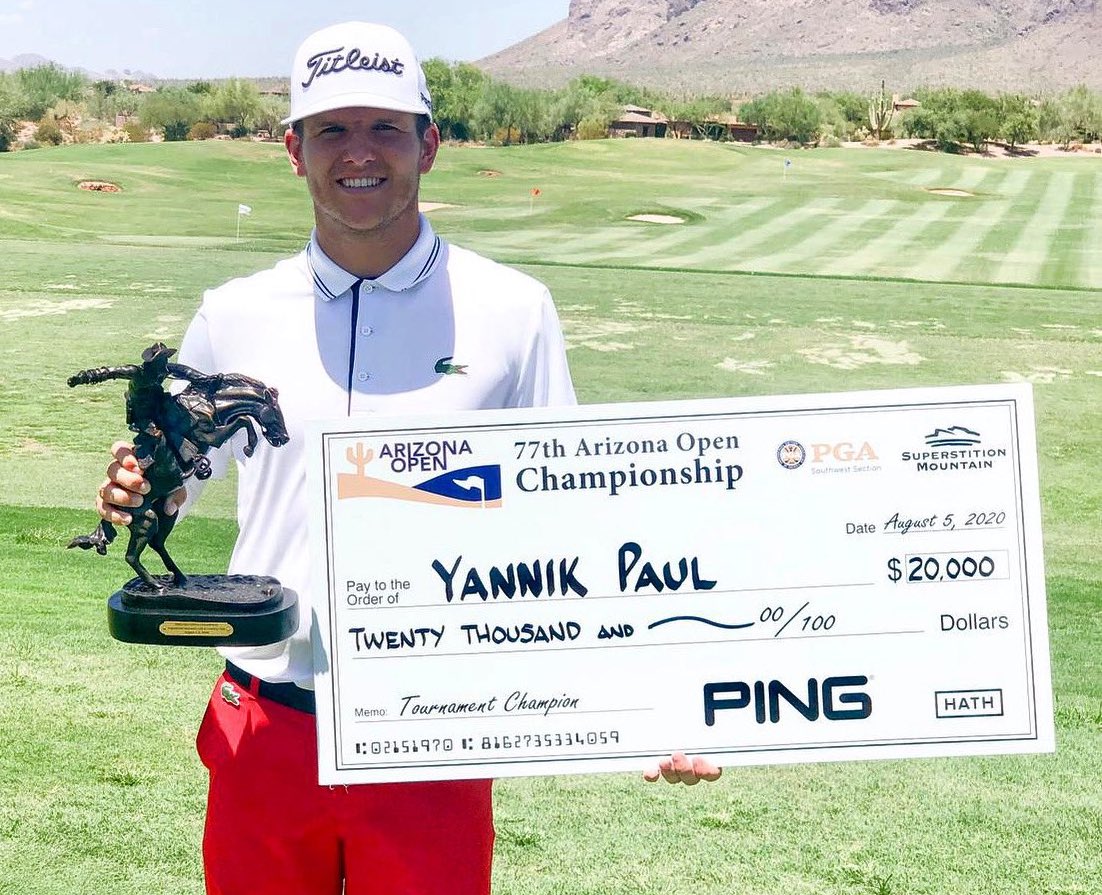 Yannik Paul went 64-64 on the final two days of the Arizona Open.

A couple of weeks ago, after feeling a bit ill days before the tournament was scheduled to begin, former University of Colorado golfer Yannik Paul had to withdraw from the CoBank Colorado Open out of caution after consulting with tournament officials.

This week, Paul not only competed in a state open, but won it in stellar fashion, earning $20,000 in the process.

The native of Germany who now calls Arizona home birdied seven consecutive holes on the back nine and won the 77th Arizona Open by two strokes on Wednesday at Superstition Mountain.

After birdies on No. 10 through 16, Paul posted a 7-under-par 29 for his final nine holes at Superstition Mountain’s Prospector Course. He ended up with his second consecutive 8-under 64 to record a winning total of 18-under 198.

Over the final two days, Paul made an eagle, 15 birdies and one bogey in 36 holes.

Another former golfer for a Colorado-based NCAA Division I program tied for second place on Wednesday as one-time Colorado State University player Blake Cannon checked in two strokes behind Paul. Cannon, who took a three-stroke lead into the final round, closed with a 71 after going 64-65 on Monday and Tuesday.

For all the scores from the Arizona Open, CLICK HERE.