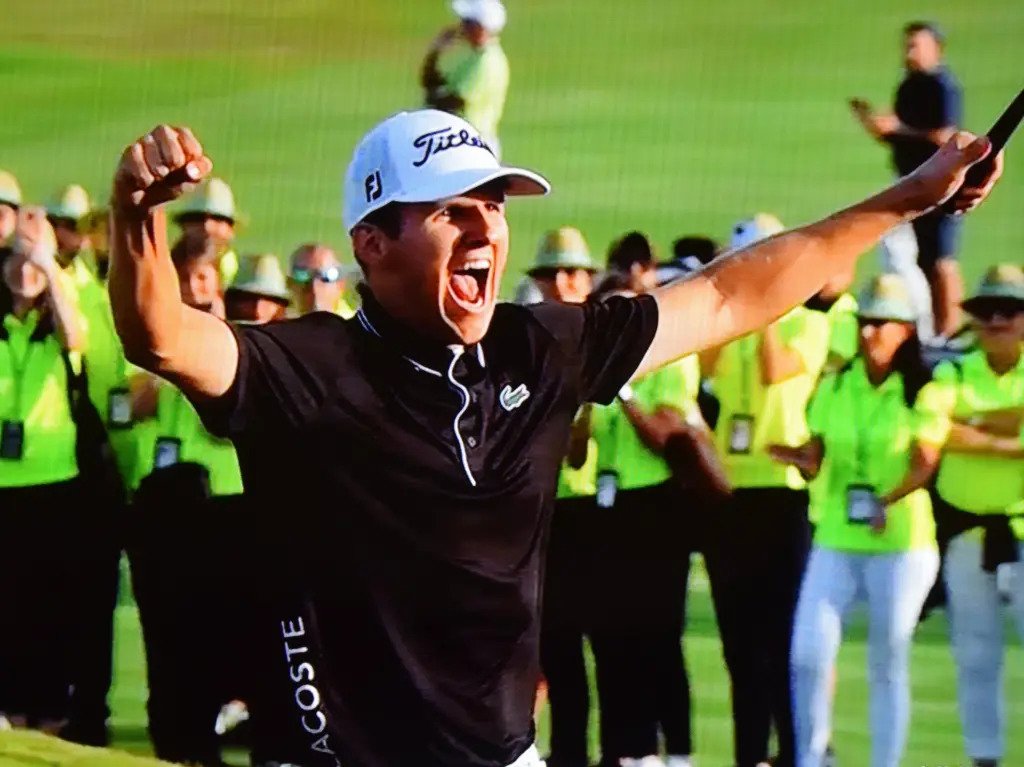 In 2021, Yannik Paul was proving to be a big fish in a small pond, winning mini-tour events on the Outlaw Tour and the SwingThought national series. The year before, he prevailed at the Arizona Open.

By the end of last year, the former University of Colorado golfer who now lives part-time east of Boulder had ventured into much larger bodies of water, golf-wise, earning his card on the DP World Tour, formerly known as the European Tour.

And, after getting into contention several times a rookie on the circuit, the German really hit the big time on Sunday by winning the Mallorca Golf Open on the Spanish island in the Mediterranean perhaps best known in recent years as the home of all-time tennis great Rafael Nadal.

After being two strokes behind with three holes to play, Paul sank a 14-foot birdie putt off the fringe on No. 18 to score the biggest victory of his career.

“I had a lot of good chances the last couple of days that didn’t go in,” Paul said on Golf Channel. “To finish like this is obviously a dream come true. You couldn’t ask for anything better.

“… I couldn’t have dreamed of a better ending.”

Paul joins Matt Zions as former CU golfers to win on the DP World Tour in the 21st century. Zions, a now-reinstated amateur who claimed the title in the 2021 CGA Mid-Amateur, earned his title at the 2011 Saint-Omer Open. Another former Buff, Sebastian Heisele, has notched a victory on the European Challenge Tour.

Paul — whose twin brother Jeremy competed on the Korn Ferry Tour this year, finishing third at The Ascendant at TPC Colorado — played at CU from 2013-15 and 2016-18, three of those seasons alongside Jeremy.

Paul shared the lead going into the final round in Mallorca and followed up scores of 71, 64 and 62 (which included three eagles) with 1-over-par 72 on Sunday, leaving him at 15-under 269 and with a one-stroke victory.

Paul was on top by two after a birdie on No. 11 on Sunday, but bogeys on 14 and 15 left him two behind Marcus Armitage. But the latter went bogey (three putt), double bogey (tee shot out of bounds) and bogey (three putt) on the final three holes to open the door.

Tied for the lead going into the 18th hole, Paul put his tee shot on the par-4 in the first cut left of the fairway. His 126-yard approach spun off the front of the green, onto the fringe, but only 14 feet from the cup. Needing to make the birdie to avoid a three-man playoff, Paul drained it, punctuating the moment with a fist pump and raising his arms in victory.

“I’m speechless obviously,” the 28-year-old said. “I’m just so happy. My girlfriend and I, we worked a lot on my mental side. We were dreaming that she would be here for me for my first win and she’s here now so it’s unbelievable.”

For all the scores from the Mallorca Golf Open, CLICK HERE.