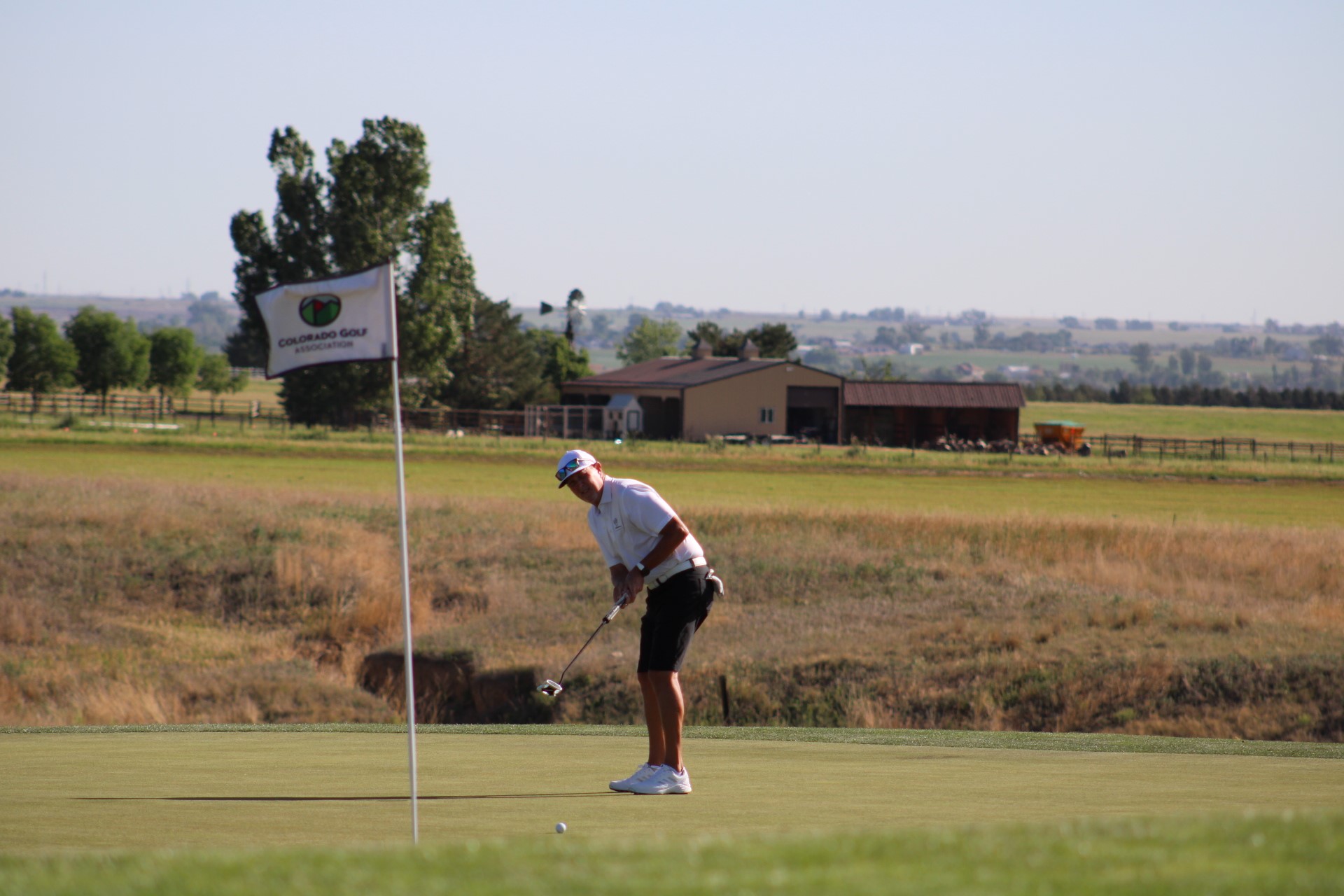 The second round of Pod Play in the 53rd CGA Senior Match Play Championship at Highland Meadows Golf Course in Windsor was conducted on Tuesday, June 21st. Defending champion Robert Polk defeated Chris Diiorio of Meridian Golf Club 5 & 3 after making birdie on the par-five, 546-yard 15th. The two-time Senior Match Play champion was six-up at the turn and coasted to a comfortable win with a close-out birdie on the par-five 15th hole.  Seven of the 16 pods include two undefeated players who will play deciding matches on the final day of pod play on Wednesday.  These matches will include Polk who will face off against Steve Lind of Harmony Club who is also 2-0.

Steve Ivan, the 2020 champion and 2021 finalist, was upset by Ben Hargis of Colorado Golf Club who closed out Ivan on the 16th hole with a 3 and 2 win.  Hargis won the first hole of the match and was able to maintain a slim lead for most of the round.  Ivan trimmed Hargis’ lead to a one-up advantage after an eagle on the par-five 13th but Hargis bounced back with a birdie on 15 and a par on 16 to take the point away from Ivan.  Ivan will now need help from Troy Tomsick of Indian Peaks Golf Club who will face Hargis in the final round of pod play to have any hope of winning his pod and advancing to the round of 16 on Wednesday afternoon.

Other former champions who remain in control of their own destiny after day two include the 2018 champion, John Hornbeck, three-time champion, David Delich and 2019 champion Scott Sullivan.  Hornbeck, Delich, and Sullivan have each won both of their two matches and will advance if they continue that trend in their final pod play matches.

Kent Moore, the 2006 Match Play title holder will have a chance to win his pod despite a first-round tie that has him trailing his third-round opponent, Thomas Roos of Spring Valley Golf Course by one-half point.

During the first three rounds of Pod Play, players earn one point for a win and one-half point for tie.  The player with the most points from each of the 16 pods will advance to single-elimination matches beginning Wednesday afternoon with the championship finals scheduled for Friday morning.