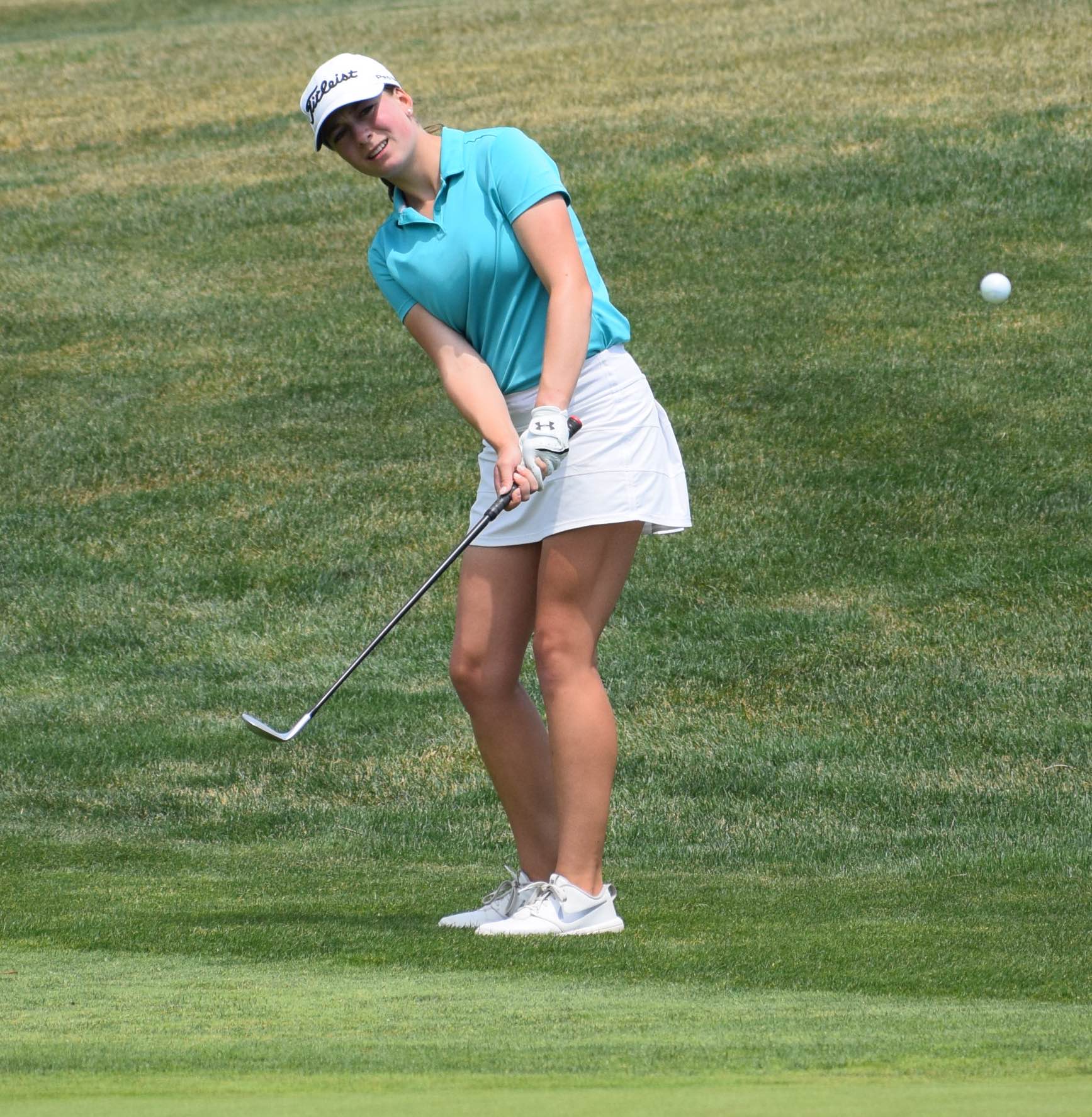 Defending champion Mary Weinstein of Highlands Ranch, the University of Denver golfer who has been a finalist at the CGA Women’s Match Play each of the past two years, won’t make it three in a row as Colorado Junior PGA Championship winner Ashley Kozlowski of Littleton defeated her 3 and 1 in Tuesday afternoon’s quarterfinals of the 105th annual championship at Saddleback Golf Club in Firestone.

Meanwhile, top-seeded Kirsty Hodgkins, the University of Colorado golfer who has landed a spot in next month’s U.S. Women’s Amateur on Rockville, Md., was pushed to the limit in her quarterfinal match before she prevailed in 19 holes over Katie Berrian, a junior golfer from the Country Club at Castle Pines. Hodgkins parred that 19th hole for the victory.

Kozlowski, who will play her college golf at Purdue beginning in the fall, is the 12th seed in the 16-person championship bracket. Earlier in the day she beat a fellow junior golfer, 2018 5A girls state high school champion Emma Bryant of Aurora, 4 and 2 in the round of 16.

Sargent, runner-up in both the CGA Women’s Match Play and Stroke Play in 2019, advanced with a 4-and-3 victory in the quarterfinals over 2019 Colorado Junior Amateur champion Kaylee Chen of Denver.

In Wednesday’s semifinals, Kozlowski will face Hodgkins, and Sargent will take on Houtsma in a battle of Erins. The winners will meet on Thursday in the scheduled 36-hole final.

Meanwhile, junior player Sofia Choi of Denver, competing in the round of 16 of the championship flight, recorded one of the highlights of the day by making a hole-in-one on the 166-yard 17th hole, though she fell 1 up to Houtsma.

Malpass, the senior champion in 2006 and ’09, will take on a second straight Colorado Golf Hall of Famer — in Eaton — in Wednesday’s semis. Eaton beat Deb Pearson of Colorado Springs Country Club 2 and 1 on Tuesday.

For results and the match-play trees for all the flights — championship, senior, and first through fifth — CLICK HERE.