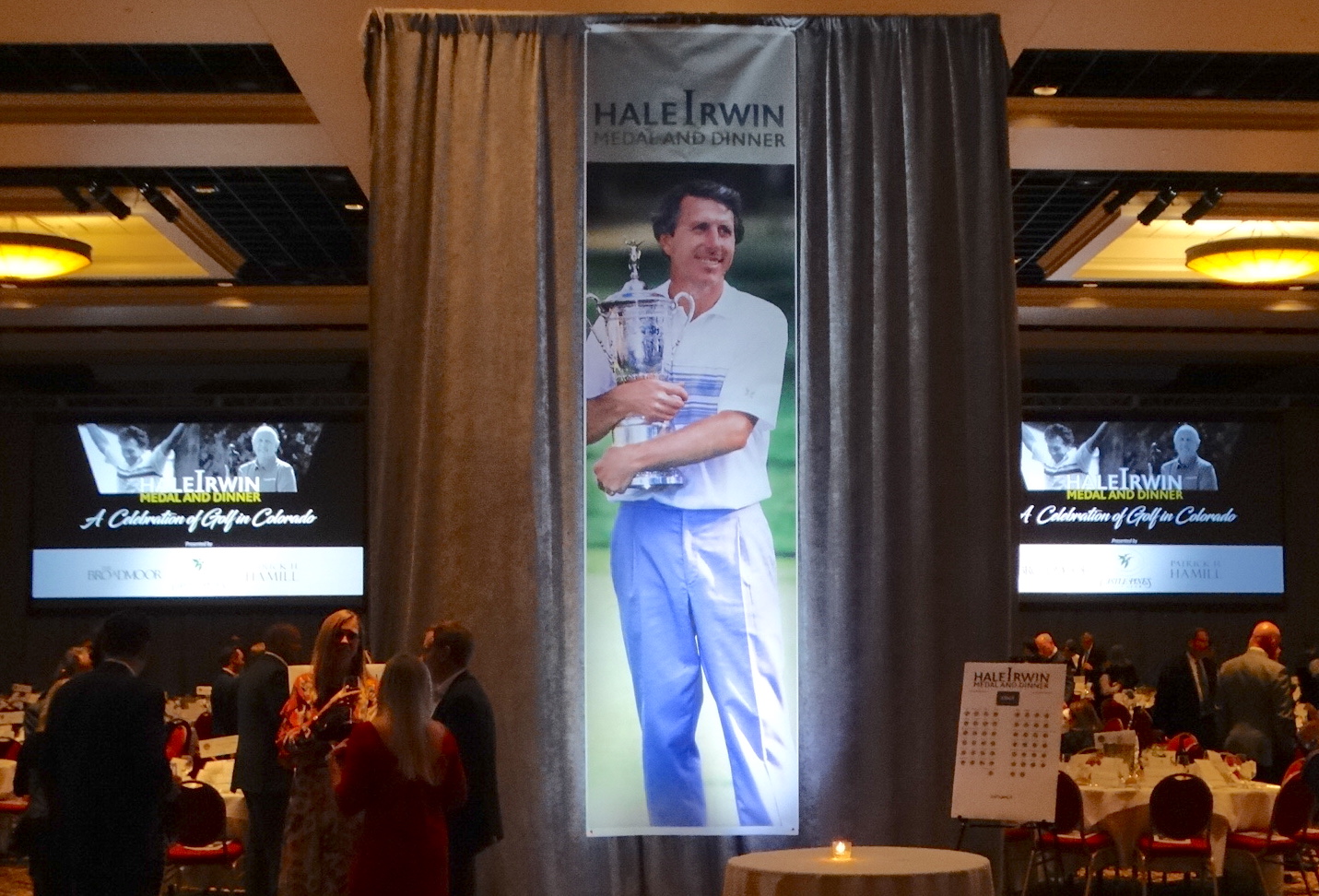 The original plan called for the second Hale Irwin Dinner to be held this fall, with a prominent player from Colorado golf history to receive the Hale Irwin Medal.

But effects of the novel coronavirus pandemic, and the uncertainty of the ramifications for a large fundraising event held in 2020, have led to the decision to cancel the event this year.

Proceeds from the Hale Irwin Dinner benefit the Colorado Golf Foundation. Nearly 550 people, including the World Golf Hall of Famer himself, attended the inaugural dinner last year at The Broadmoor in Colorado Springs, where Jennifer Kupcho and Dale Douglass received the first Hale Irwin Medals.

“We depend on a lot of people’s discretionary philanthropy, and let’s be honest: As much as we feel the Colorado Golf Foundation is a very good investment for a donor, it’s not going to be the highest priority right now or for the foreseeable future,” CGA executive director Ed Mate said recently.

Event organizers hadn’t yet announced the next Hale Irwin Medal recipient. The medal recognizes outstanding golferswho began their playing careers in Colorado and who “exhibit competitiveness, resiliency and a proven record of winning.”

Last year’s Irwin Dinner and medal presentations included a fireside chat centering on Irwin’s life and career conducted by longtime Colorado broadcaster Tom Green, the event’s emcee; recognition of Colorado Players of the Year, club champions, and winners and low amateurs at the CoBank Colorado Open Championships; and a $25,000 donation to the Junior Golf Alliance of Colorado by the Colorado Golf Foundation, which receives the net proceeds from the Irwin Dinner.

Irwin has been a natural person around which to build such a significant Colorado-based golf event as he won pretty much everything of note there was to win in Colorado when he was growing up — the CGA Junior Match Play, a state high school title, three CGA Amateurs, a CGA Match Play, The Broadmoor Invitation — besides being a football standout at Boulder High School and CU at the same time. He also captured an NCAA individual title to cap off his CU career before going on to win 20 times on the PGA Tour — including three U.S. Opens — and a record 45 times on PGA Tour Champions.