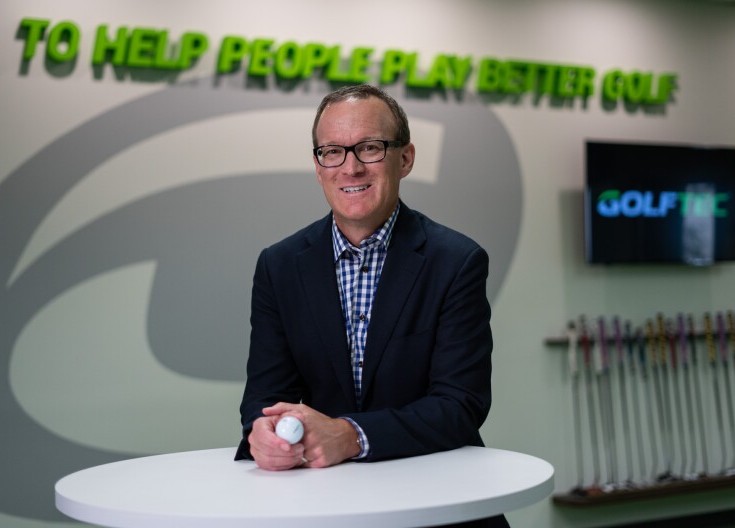 Coloradan Joe Assell from GOLFTEC included among ‘The Most Powerful People in Golf’ by Golf Inc.

Coloradan Joe Assell finds himself in some heady company this fall.

Assell, the CEO and co-founder of Englewood-based GOLFTEC, was ranked No. 24 among “The Most Powerful People in Golf,” according to the fall 2021 issue of Golf Inc. The industry publication says the list includes “the people who by their position or influence have the greatest ability to affect the industry in the next year.”

The 25-person list features some of the biggest names in golf — along with many other people who may not be household names but are movers and shakers in the game.

For instance, there are World Golf Hall of Famers Jack Nicklaus (No. 17), Tiger Woods (No. 18), Annika Sorenstam (No. 21) and Greg Norman (No. 22). You have a former U.S. president (Donald Trump, along with son Eric, from Trump Golf at No. 11); tour executives (Jay Monahan from the PGA Tour at No. 4, Keith Pelley from the European Tour at No. 12); CEOs of powerful associations (Seth Waugh from the PGA of America at No. 8, Mike Whan of the USGA at No. 15); and golf course architect Gil Hanse, a University of Denver product (No. 14).

For the record, No. 1 on the list are Tim Schantz and Dana Garmany from Troon, the Goliath in the world of golf club/course management. Schantz was born in Arizona but was raised in part in Colorado and earned his undergraduate degree at CU.

Here’s what Golf Inc. had to say about Assell, who since 1995 has headed  an organization focused on instructing, training systems and club fitting:

“In July, at more than 157 locations worldwide, GOLFTEC rolled out OptiMotion, a groundbreaking motion tracking system that sets a new standard for how golf swings are measured and the way golf instruction is delivered. With a digital library of more than 14 million golf swings, along with motion tracking and ball flight data, GOLFTEC owns more raw information about the biomechanics of a golf swing than any company in the world.

“Assell co-founded GOLFTEC in the basement of Cherry Hills Country Club in Colorado. The company now employs more than 900 people, including more than 500 PGA members and apprentices, at (220) locations in six countries. It (has provided) more than (12) million golf lessons (all time), with annual sales exceeding $130 million.”

Regarding being featured on the Golf Inc. list, Assell said in a release that “it is a tremendous honor to be included in the Golf Inc. Most Powerful People in Golf list. I am proud of the work we have done to help people around the world play better golf, and I couldn’t have accomplished this without the great team I have working with me.”