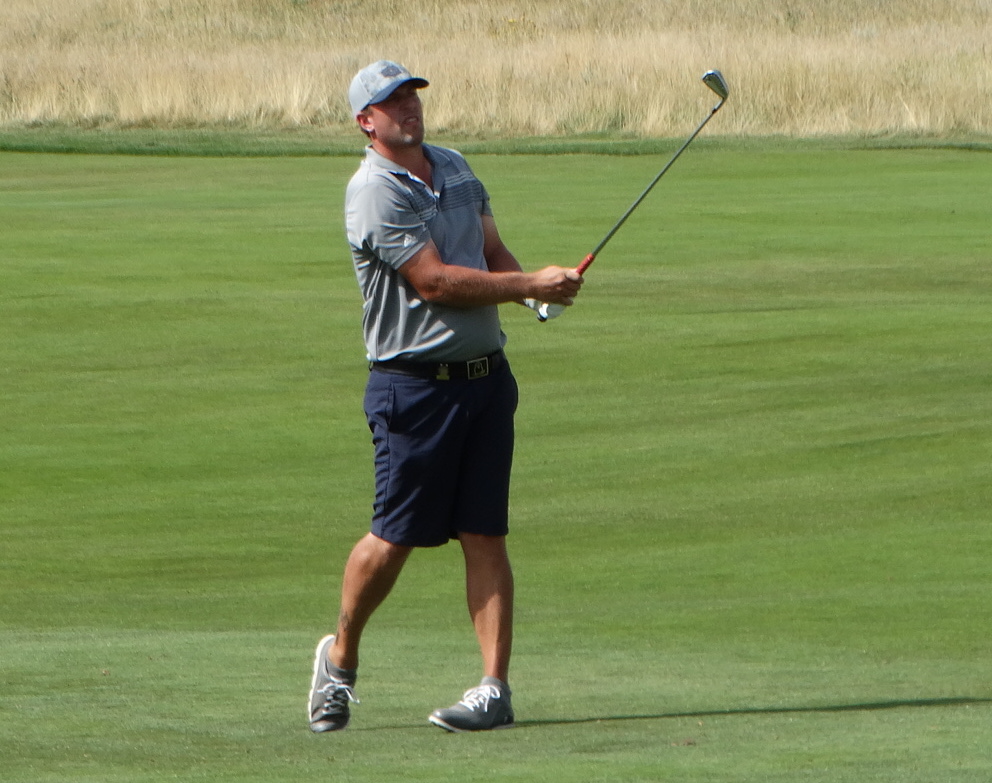 Put the words “mid-amateur” in the tournament name, and apparently Ryan Axlund will perform just fine.

Last month, the golfer from Valley Country Club not only made match play at the U.S. Mid-Amateur, but advanced to the round of 32 at Colorado Golf Club.

And on Friday, in the opening round of the 33rd CGA Mid-Amateur at Legacy Ridge Golf Course in Westminster, Axlund shot a smooth 6-under-par 66 and grabbed a three-stroke lead in the event for players 25 and older.

Axlund (pictured) eagled the par-5 third hole and added six birdies and two bogeys on Friday. He played his final 10 holes of the day in 6 under.

Jared Baldwin of Bear Creek Golf Club was the only player to shoot in the 60s as he made four birdies and posted a 3-under 69.

Lindstrom recorded seven birdies on Friday, Harrington five and Thayer four. In the past five CGA Mid-Amateurs, Thayer has finished first, second, second, first and second. He’s posted seven straight sub-par rounds in this event, dating back to 2017. Lindstrom, meanwhile, has gone first, first, third and third the past four years in this event.

Also firing 70s on Friday were Hugh McClearn of Meridian Golf Club, Matt Tribby of Collindale Golf Course and Charles Chon of Saddle Rock Golf Course. McClearn chalked up seven birdies in round 1, while Tribby had six, and Chon made an eagle and two birdies.

Defending champion Jared Reid, competing at his home course, opened with a 73, good for a share of 21st place.

In the Super Mid-Amateur division for players 40 and older, Lindstrom and Harrington share the top spot at 70. All the players in the super mid-am division are also competing for the overall championship.

The 54-hole CGA Mid-Amateur will continue through Sunday. The field will be cut from 84 to the low 40 players and ties after Saturday’s second round.