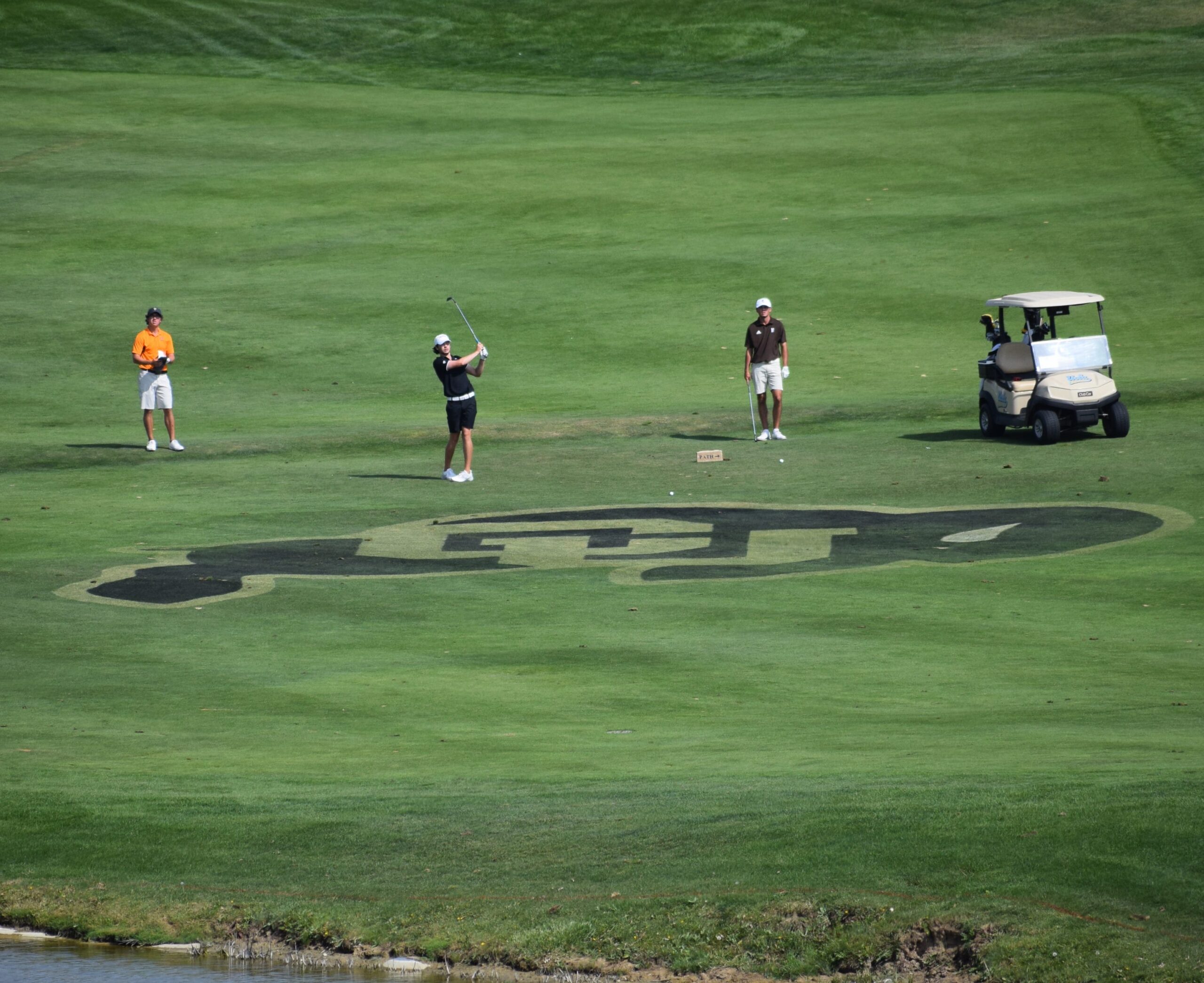 Unlike the last two college seasons for Colorado-based DI teams, this one could last from late summer to late spring.

Time for our April installment of Monthly Musings regarding Colorado golf, which now can boast its first home-grown winner of a women’s major championship:

But before we get to Jennifer Kupcho …

— College Golf Conference Tournament Time: The college golf postseason is at hand for Colorado-based programs. And for local NCAA Division I schools, it marks their first full season of intercollegiate action since 2018-19. And, on the Division II level, the state will serve as a host site for one of the nation’s four Super Regionals as Pueblo Country Club will do the honors May 5-7, when berths to the DII national championships will be on the line.

NCAA Division I Regionals are set for May 9-11 (women) and 16-18 (men), for those that qualify, then there’s the NCAA finals after that.

But in the second half of April and the very beginning of May, the attention will be on conference tournaments. Here’s the schedule, with the national rankings of the local teams involved:

— Major Win Lifts Jennifer Kupcho to No. 16 in the World Among Women: Earlier this month Colorado native Jennifer Kupcho became the first golfer who grew up in the Centennial State to win a women’s major championship, in her case the Chevron Championship.

The Chevron victory moved Kupcho up to 16th in the women’s Rolex world rankings, from 53rd going into this month.

The Chevron was the first of five women’s majors scheduled for 2022, with the U.S. Women’s Open (June 2-5 at Pine Needles in Southern Pines, N.C.) next on the agenda.

The other women’s majors that await Kupcho in 2022: the KPMG Women’s PGA Championship June 23-26 at Congressional in Bethesda, Md.; the Amundi Evian Championship July 21-24 in France, an event in which Kupcho placed second in 2019; and the AIG Women’s Open Aug. 4-7 at Muirfield in Scotland.

One media-related leftover from Kupcho’s big week at the Chevron Championship: Golf Digest, normally a very reliable publication, made a notable error during its coverage that week. Specifically, it said — in the first paragraph of a story — “Jennifer Kupcho has yet to escape her own imposing shadow, cast with her memorable four-stroke victory in the inaugural Augusta National Women’s Amateur three years ago. She has not won since.”

We know that happenings in Colorado often don’t make a big ripple beyond the state’s borders, but that last sentence was outright false. In 2020, Kupcho won the CoBank Colorado Women’s Open — and the $50,000 first prize that went with it — for her first victory as a pro.

— Colorado Golf Shows on the Radio, Minus One: It’s springtime, which means the golf season is really starting to crank up in Colorado. Among many other things, it’s time for Colorado-based radio shows devoted exclusively to golf to gear up.

But this year, there will be one less radio player in the local market. “Morning Cup of Golf,” a northern Colorado-based show that has been a weekend fixture for years, won’t air in 2022 due to a change in programming for its former home station, KCOL.

Last year, Morning Cup of Golf aired for two hours each Saturday morning from March to August, with PGA rofessionals Stan Fenn and Doug Perry hosting. But that time slot is now occupied on KCOL by KCOL Marketplace and NOCO Retirement Report.

“We checked with a few other stations but there really wasn’t a good fit up here” in northern Colorado, Fenn said in an email. “… We knew it might be coming, and unfortunately it did.  We would entertain broadcasting again next year if we can find a home.”

Meanwhile, two longtime Colorado-based golf shows on the radio are back for more in 2022.

“In the Fairway” with longtime host Jerry Walters along with Mike Castorino returned early this month and is airing on Sundays from 8-10 a.m. on 104.3 (FM) The Fan.

And the Colorado Springs-based Tee to Green, which has more of a national scope, broadcasts from 8-9 a.m. on Sundays and is hosted by Jay Ritchie and Jerry Evans. It’s syndicated and draws a more geographically diverse audience. Tee to Green airs on XTRA (1300 AM in Colorado Springs), Sirius Channel 217/XM Channel 203 and the Sirius/XM app, iHeartRadio, SportsByLine.com, TuneIn and Stitcher Radio and American Forces Radio.

— Remember When — Scottie Scheffler Edition: Scottie Scheffler just won the Masters, giving him four PGA Tour victories since mid-February and leaving him ranked No. 1 in the world. While he’s been on an amazing hot streak lately, the Dallas product has long been a stellar player, dating back to his teenage years and beyond.

Spencer Painton of Aurora, a former University of Colorado golfer, can attest as much. In the 2013 U.S. Junior Amateur, Painton qualified for the 64-player match play, which was no small feat, but he didn’t get an ideal draw. In his first match, which turned out to be his only match, Painton faced off with a then-17-year-old Scheffler. The Texan dealt Painton a 7-and-5 loss that day and went on to win the U.S. Junior Am title at Martis Camp in Truckee, Calif.

At least Painton can say he lost to the now-best player in the world.

— Erie’s Hadley Ashton an AJGA Champ: Late this spring, in all likelihood Hadley Ashton will compete in her first girls state high school tournament, as a freshman from Erie. And it wouldn’t surprise anyone if the 14-year-old contended for the 4A individual title May 31-June 1 at Tiara Radio in Grand Junction as she proved she’s plenty capable by winning the JGAC Tour Championship girls competition last fall at Denver Country Club.

On April 3 — a day Kupcho won a women’s major and Sophia Capua captured the chip portion of the Drive, Chip & Putt National Finals in her age group —  Ashton posted another impressive victory by prevailing at the AJGA Junior All-Star in Austin, Texas. She carded scores of 74-75-71 for a 5-over-par 220 total and a one-stroke victory in the 25-girl event. Ashton played the final seven holes in 3 under par.

— CGA Championships, USGA Qualifiers Await: The competition season for high-level amateurs and pros from Colorado will crank up very soon. Here are some of the major events on the agenda from mid-April to mid-May:

— April 29-May 1 — CGA Four-Ball, Thorncreek GC (Chris Thayer and Bryan Rusin are the defending champions in the first CGA championship of 2022.)

— May 10 — U.S. Women’s Open qualifying, Walnut Creek Golf Preserve (Top finishers in the 36-hole event earn spots in the U.S. Women’s Open, set for June 2-5 at Pine Needles in Southern Pines, N.C. The USGA accepted a record number of entrants for the Women’s Open this year — 1,874.)

— May 14-18 — U.S. Amateur Four-Ball, Birmingham, Ala. (Three sets of Coloradans qualified in October at The Club at Inverness: Thayer and Rusin, Charlie Soule and Charlie Sahlman, and Stephen Reed and Michael Urbatchka).

— Notable: Two Coloradans are currently ranked among the top 20 amateurs in the world age 60 and older. Steve Ivan of Colorado Springs, a two-time CGA Senior Player of the Year, checks in at No. 16. Robert Polk of Parker, the 2021 CGA Senior POY, is No. 19. … Nine of the top finishers in last September’s Colorado PGA Professional Championship, including winner Micah Rudosky of Cortez, are in the field for the national PGA Professional Championship that runs Sunday through Wednesday in Austin, Texas, where 20 berths will be at stake for next month’s PGA Championship. Also in the field of 312 from Colorado are Ben Lanting, Caine Fitzgerald, Christopher Hyten, Geoff Keffer, Sherry Andonian-Smith, Matt Schalk, Tyler Parsloe and Kyle Vodka. … Former Fort Collins resident Matthew Liringis earned conditional status on PGA Tour Canada by finishing 26th in a Q-school event that ended April in in Litchfield Park, Ariz. Liringis went 70-73-72-69 for a 4-under 284 total. … The Colorado School of Mines golf team has paid tribute to a former Oredigger standout with the naming of its facility, the “Michael Lee Indoor Golf Center.” Lee, the 2011 CGA Match Play champion, died in December 2020 at age 28 after battling Covid-19.