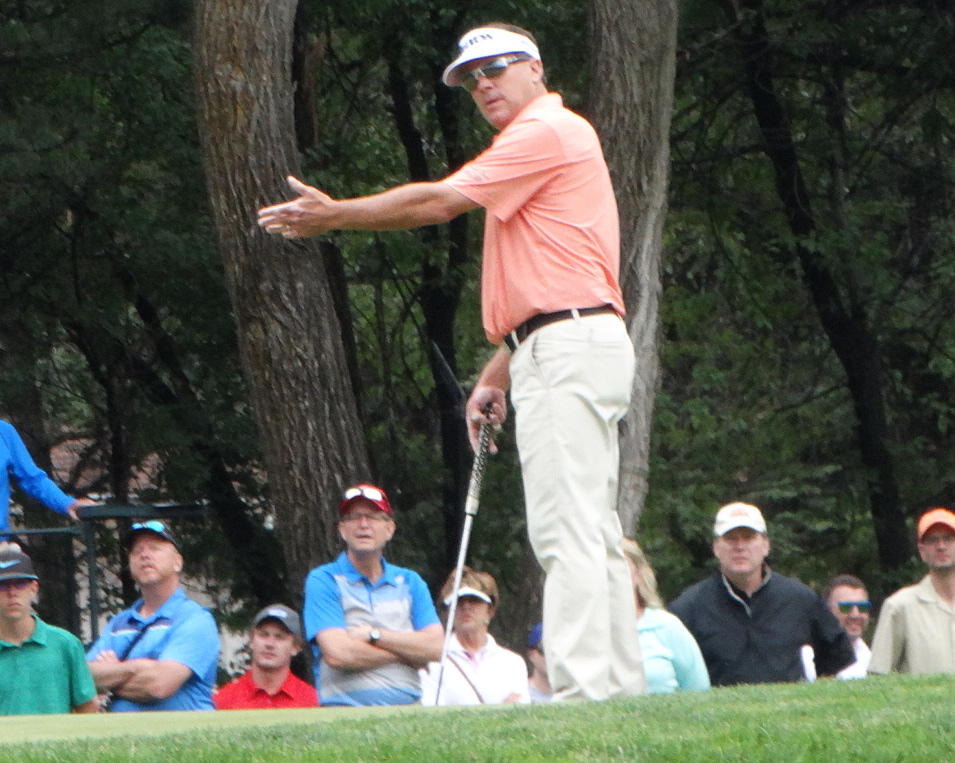 The first major of the 2019 PGA Tour Champions season concluded on Monday, which means Colorado Golf Hall of Famer Brandt Jobe was a very good bet to have a high finish.

And so it was at the Regions Tradition that wrapped up — a day late — in Birmingham, Ala.

Jobe, a 53-year-old who lived in Colorado for 29 years, seems to always rise to near the top when the senior tour contests its majors.

On Monday, Jobe (pictured) played his final six holes in 3 under par to post an 11th-place finish out of the field of 78 competitors. He went 71-69-69-71 for an 8-under-par total of 280, which left him 10 strokes behind champion Steve Stricker.

Jobe has now made 14 starts in PGA Tour Champions majors, he’s placed 11th of better a stellar nine times. He hasn’t won one — he has one victory overall on PGA Tour Champions — but he’s finished second once in a senior major, third three times, fourth once, fifth twice, eighth once and 11th on Monday.

This week marked Jobe’s best showing in four appearances in the Regions Tradition.

Elsewhere for players with significant ties to Colorado in tour action in the last several days:

Lee carded scores of 72-71-69 for a 4-under-par 212 total and ended up two strokes back of winner Maria Parra, who prevailed in a four-person playoff. Lee made four birdies and a bogey in the final round.

— Brittany Fan, a former teammate of Lee’s at CU, finished fourth on Friday in a Cactus Tour event in Mesa, Ariz.

Fan, twice a winner on the Cactus Tour this year, went 74-70-71 for a 1-under-par 215 total and ended up nine strokes behind the champion.