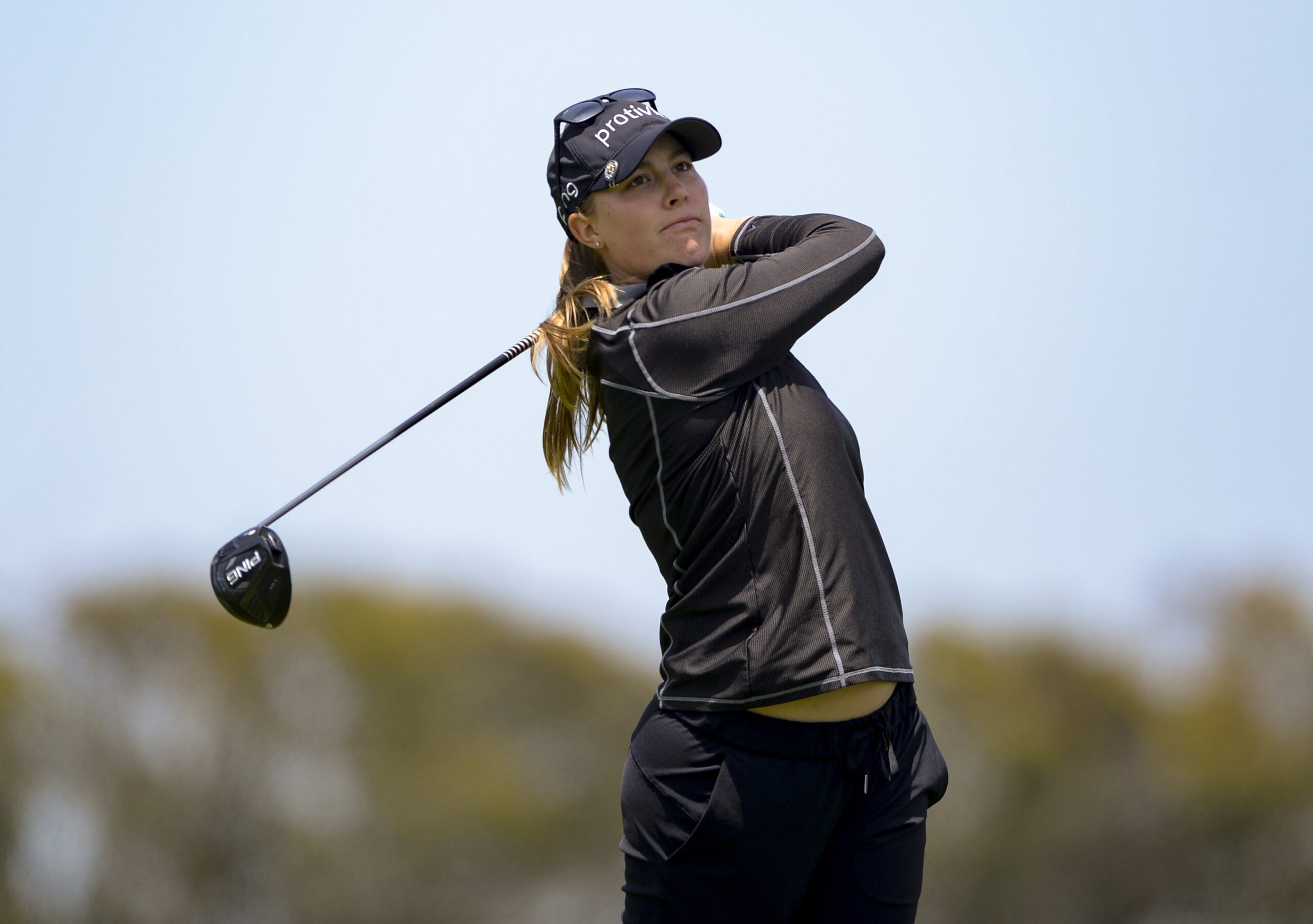 Jennifer Kupcho posted a 75 in Saturday's third round of the U.S. Women's Open.
(USGA/Kathryn Riley)

Jennifer Kupcho loses a little ground, but her best finish in a U.S. Women’s Open still very much in reach; Coloradan Shane Bertsch in second at PGA Tour Champions event

There is no LPGA Tour event that Jennifer Kupcho has played more than the U.S. Women’s Open.

She’s competing in the tournament for the fifth time, so she’s seen a little of everything. The Colorado native has played the event twice as an amateur and three times as a pro. In fact, she made the 2019 edition her pro debut.

The 2020 CoBank Colorado Women’s Open champion missed the cut her first try (2016), but has made it to the weekend in each of her last four Women’s Opens. She’s made a hole-in-one in the event (on Friday at The Olympic Club in San Francisco) and also has carded some big numbers.

And on Saturday, the former longtime Westminster resident experienced all sorts of things in a single round. She made as many non-pars as she did pars. She carded three birdies, five bogeys, a double bogey and nine pars.

At the end of the day, it added up to 4-over-par 75 for Kupcho on moving day, virtually eliminating her chances for winning on Sunday, but leaving a very real opportunity for her best finish in the Women’s Open. Her 5-over-par 218 total put her in a tie for 23rd place going into Sunday’s final round.

Meanwhile, the other player with strong Colorado ties who made the cut this week, former University of Colorado golfer Jenny Coleman, likewise lost some ground on Saturday. Coleman backed up scores.of 73-73 with a 5-over-par 76. She was 6 over par through her first eight holes of round 3, but went 1 under the rest of the way to check in at 9-over 222, leaving her in 49th place.

Here are the scores at the U.S. Women’s Open for a half-dozen players who have some tie to Colorado:

— Shane Bertsch of Parker, looking for his second PGA Tour Champions victory in less than a year, shares second place after Saturday’s second round of the Principal Charity Classic in Des Moines, Iowa.