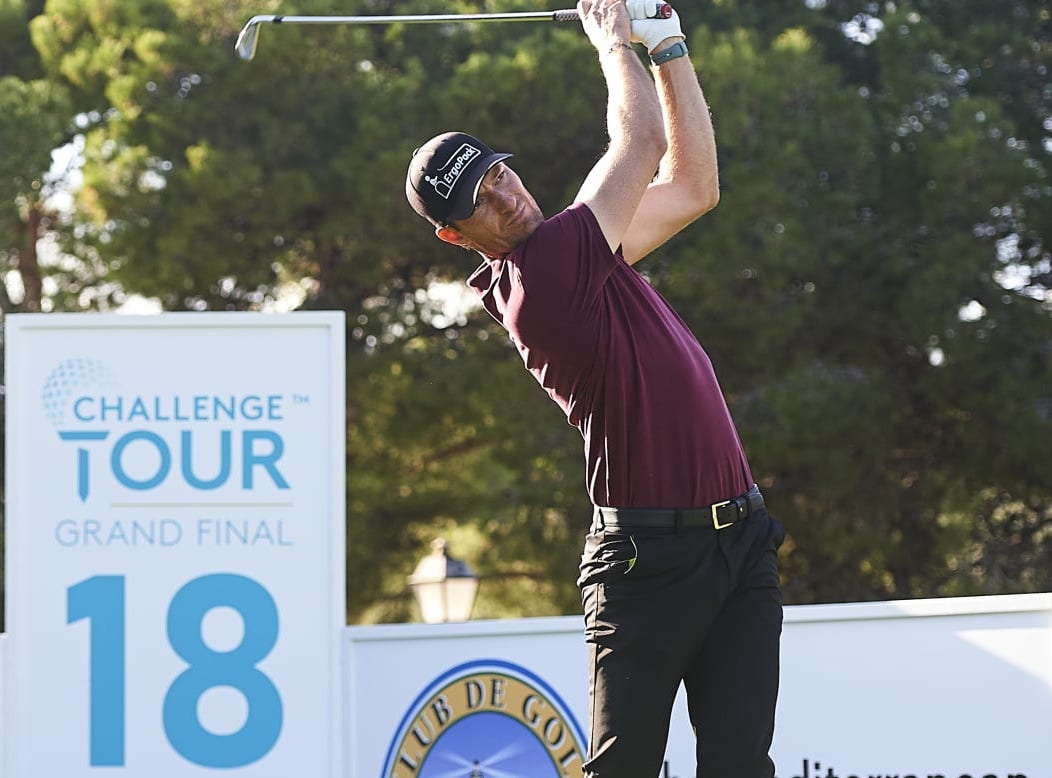 Sebastian Heisele didn’t win the European Challenge Tour Grand Final after sharing the lead going into the final round, but the former University of Colorado golfer was victorious in a bigger sense.

Heisele (pictured in a EuropeanTour.com photo) tied for second on Sunday in Mallorca, Spain, easily giving him enough points in the season-long race on the Challenge Tour to return to the European Tour for the 2019-20 season.

The top 15 finishers in the points standings as of Sunday night earned European Tour cards, and Heisele placed fourth on the points list.

Heisele had a very strong stretch run on the Challenge Tour as he notched a victory, two seconds and a third since the beginning of September.

— Former Fort Collins resident Tom Whitney very nearly scored his second victory of the season on PGA Tour Latinoamerica, but lost on the second hole of a sudden-death playoff in the Neuquen Argentina Classic.

Whitney, a former Air Force Academy golfer, posted a 16-under-par 272 total after going 64-66 on the weekend. But Puma Dominguez went par-par in the playoff, while Whitney went par-bogey to finish second.

Over the final two rounds of regulation, Whitney made an eagle, 14 birdies and two bogeys.

Whitney has now recorded six top-10 showings this year on PGA Tour Latinoamerica, including one victory and three top-four finishes.