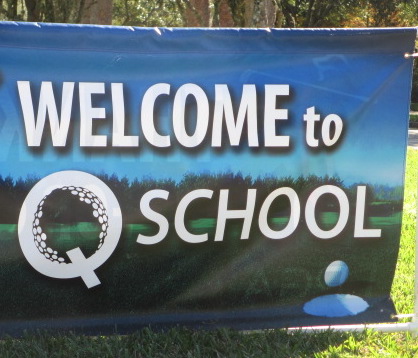 Tom Whitney is certainly no stranger to PGA Tour Latinoamerica, having competed in 17 events on that circuit in 2016 and posting four top-10 finishes, including a runner-up.

And now it looks like the former Fort Collins resident and Air Force Academy golfer will be a regular on that circuit again in 2019.

Whitney finished fourth out of 99 players on Friday in a PGA Tour Latinoamerica Q-school tournament in Mazatlan, Mexico, which gives him fully-exempt status for the first half of the 2019 season.

Whitney, who shared the lead after three rounds, tallied scores of 67-70-65-67 for a 19-under-par 269 total that left him five strokes behind medalist Jacob Bergeron of the U.S., who closed with a 62 and is fully exempt for the entire season.

Whitney eagled a par-4 during Friday’s round, but also made a 7 on a par-5.

Players who finished 2-11 are fully exempt for the first half of the season.

The finishers in the 13-35 range earned conditional status through the first six events of 2019.

Chen is in the midst of his senior season at UNC. In 2017, he was medalist in qualifying for the U.S. Amateur at Fort Collins Country Club.

This week marked the first of four qualifying tournaments in 2019 for PGA Tour China.

Kupcho tied for second in the Napa Open at Silverado Resort and Spa in California last week. The former University of Northern Colorado golfer posted a 7-under-par 209 total, finishing seven back of champion Corey Pereira and earning $3,500.