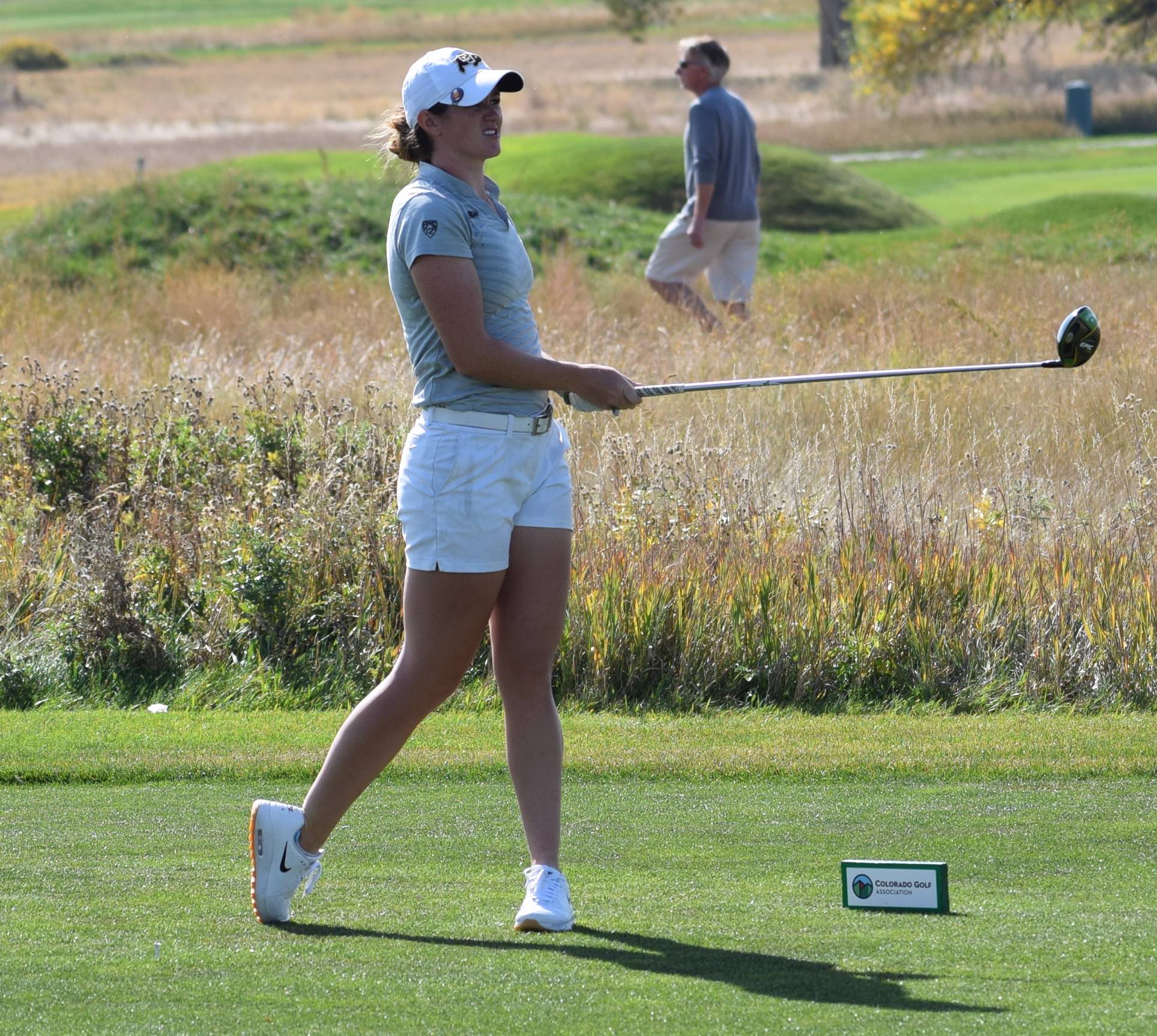 Kelsey Webster finished second in October at both the CGA Fall Amateur and the Colorado National Women's Amateur.

Dawn Shockley and Kelsey Webster share a similar past, and now for the next couple of years they’ll be on the same team.

Shockley was born and raised in Colorado, was a multi-sport athlete in high school (golf, basketball and cross country at Estes Park HS) who stayed in state to play college golf, in her case at the University of Denver.

Webster was born and raised in Colorado, was a multi-sport athlete in high school (golf and basketball at Fairview HS in Boulder) who stayed in state to play college golf, in her case at the University of Colorado.

And now, Webster will be concluding her college golf career at Oregon State, where Shockley has been the head coach of the women’s golf team since 2016.

Oregon State announced this week that Webster is transferring to OSU after three seasons on the CU women’s golf team. Webster will have two years of eligibility remaining as athletes have the option of an additional season because the 2019-20 campaign was cut short by Covid-19 safety concerns.

“I chose Oregon State because I have always connected with the coaching staff and enjoyed the atmosphere that the program has,” Webster said. “The environment in Corvallis is absolutely stunning and I am so excited to get to experience it.

“I’m so grateful for all of the opportunities that CU has given me and I’m super excited for this new chapter.”

Webster was recruited by Shockley during her high school days, which concluded with her finishing third individually in the 5A state meet as a senior in 2018. At CU, Webster saw limited tournament action — playing two events this season, four in 2019-20 and five as a freshman. Her best college showing was 32nd in February of this year.

Outside of college golf, Webster finished runner-up at both the CGA Fall Amateur and the Colorado National Women’s Amateur in October and sixth at the Christmas Cactus Collegiate Challenge in December. She was 39th in last year’s CoBank Colorado Women’s Open.

“We’re excited to have Kelsey join the team this fall,” said Shockley, who helped DU finish a program-best fifth in the 2009 women’s NCAA national championships. “We actually recruited her as a junior, so when she reached out about transferring, we jumped at the chance. We think she’ll grow tremendously as a player in our program.”