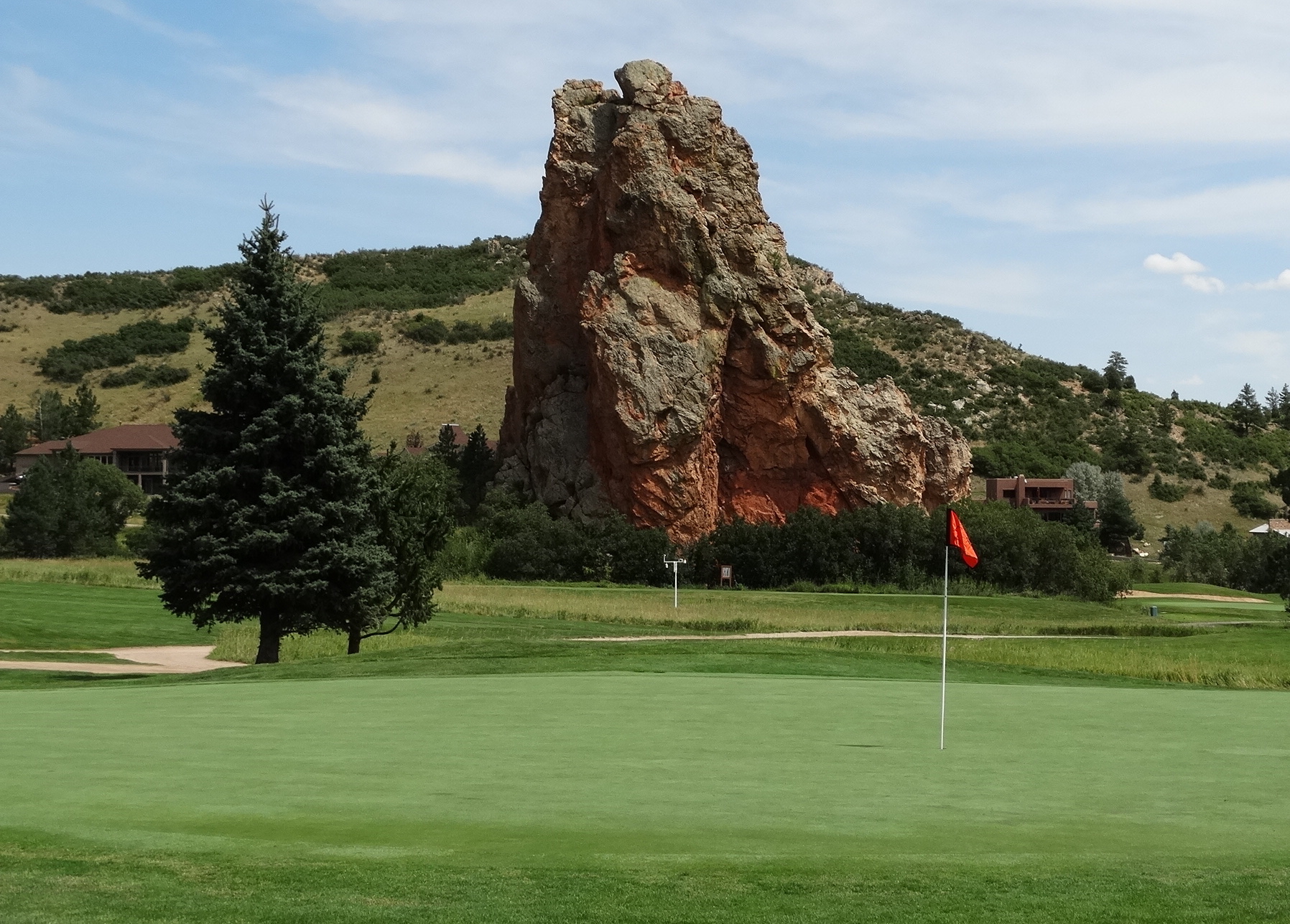 The championship flight matches at the CGA Women’s Mashie tournament went according to form on Tuesday as the top four seeded teams all won their quarterfinal matches at Perry Park Country Club in Larkspur (pictured).

No. 1-seeded Kristine Franklin of Colorado National and Deb Hughes of Green Valley Ranch — both winners of the CGA Women’s Senior Stroke Play — prevailed 3 and 2 over Bev Hoffenberg of Columbine and Nancy Ziereis of Valley after the No. 8 seeds led 1 up through 11 holes. Franklin and Hughes won four of the last five holes of the match.

Second-seeded Tiffany Maurycy and Holly Schaefer (6 and 5) and third-seeded Janet Moore and Sloane Post (6 and 4) won more convincingly to advance to Wednesday’s semifinals. Moore, a Colorado Golf Hall of Famer, has won the Mashie a record eight times.

And No. 4 Marybeth Clippinger and Kathy Malpass posted a 2-and-1 victory.

The teams will switch courses on Wednesday, meaning the championship flight semifinals will be held at the Country Club at Woodmoor in Monument. Then the four-ball match-play winners of Franklin/Hughes and Clippinger/Malpass, and Maurycy/Schaefer and Moore/Post will square off for the title Thursday at Perry Park.

In all, there are 13 flights — championship thorugh 12th — being contested this week, with 104 two-person teams teeing it up.

For the results from the CGA Women’s Mashie, CLICK HERE.