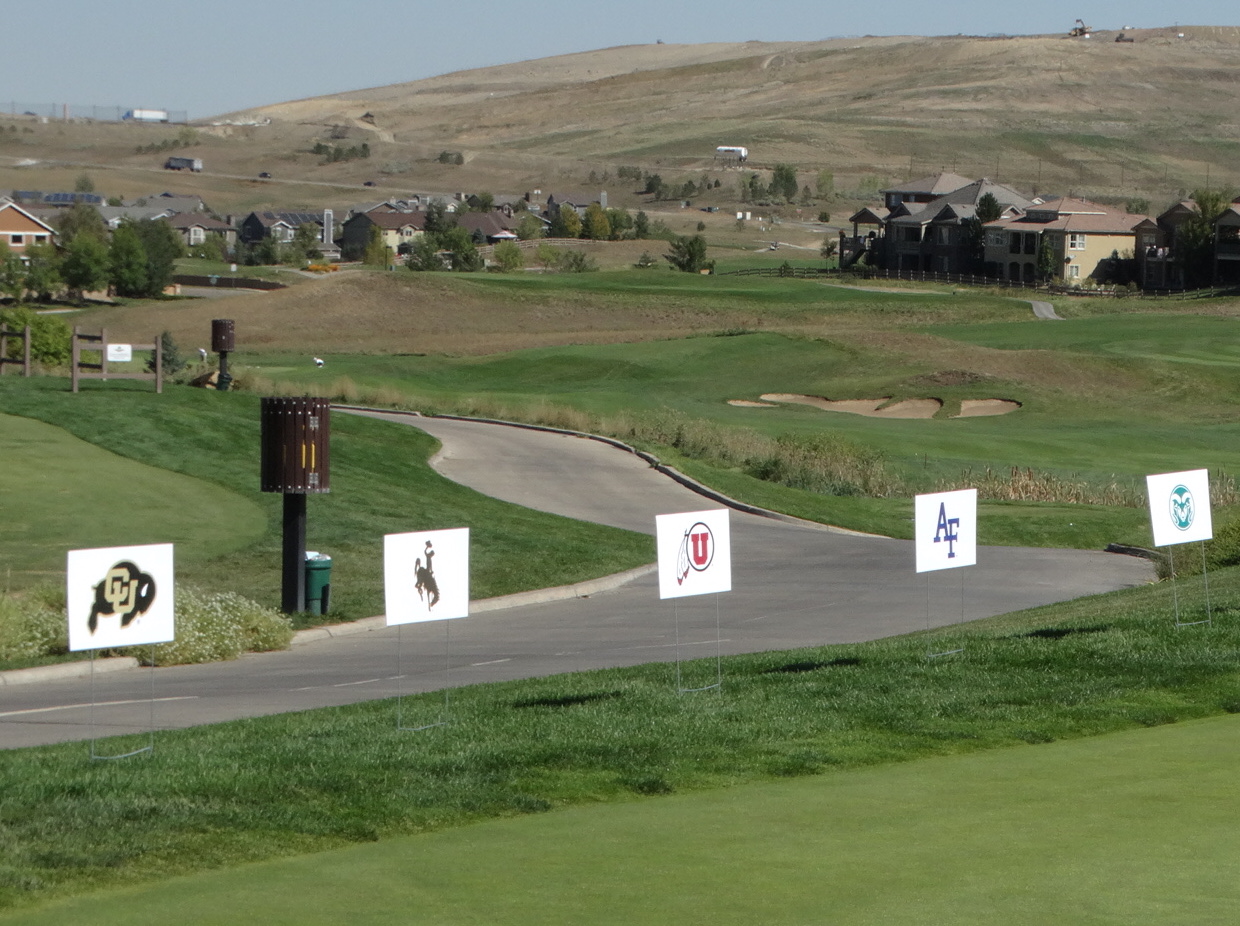 The fall portion of the college golf season wrapped up last week for the Division I programs based in Colorado.

There were plenty of highlights for teams and players with major connections to the Centennial State and, probably not coincidentally, many of those superlatives took place in tournaments held in Colorado.

As we enter intermission for a 2018-19 season that won’t resume in earnest until February in most cases — or late January at least — we’ll revisit some of the top local moments from the fall Division I schedule:

— The University of Colorado men’s squad claimed two team titles in September — at the season-opening Gene Miranda Falcon Invitational at the Air Force Academy, and at their own Mark Simpson Colorado Invitational in Erie.

— Not to be outdone, the Colorado State University men also won twice team-wise in the fall. The Rams claimed their fifth straight title as they hosted the Ram Masters Invitational in Fort Collins, then prevailed in winter-like conditions at the Paintbrush Invitational in Parker.

— On the women’s side, CSU accomplished a momentous feat by earning a team victory at a major invitational for the first time in over eight years. It came at the University of Denver’s Ron Moore Women’s Intercollegiate in Highlands Ranch, the Rams’ third tournament under new head coach Laura Cilek.

— At that same event, CSU junior Ellen Secor claimed the first individual victory of her college career. Secor subsequently was named the Mountain West Conference’s Women’s Golfer of the Month for October. And notably, one of the two players who tied

for second in Highlands Ranch, a stroke behind Secor, was CSU’s Katrina Prendergast, Secor’s teammate when the two won the U.S. Women’s Amateur Four-Ball national championship in May. (The two are pictured, with Secor at left.)

— Kyler Dunkle, who grew up in Colorado and won the CGA Amateur in August, had a stellar fall individually as a senior at Utah. Dunkle won the individual title at the Mark Simpson Colorado Invitational for the second straight year. And this time, it was his second college win in eight days. Dunkle finished the fall with three top-four finishes.

— Also at CU’s Simpson Invitational, Buffs sophomore Trevor Olkowski technically tied for the individual title — and it will go down as a victory — though Dunkle beat him in a playoff by making a 6-foot birdie putt on the first extra hole. (Below, Olkowski is pictured with Dunkle, in the red shirt.)

— One of the more remarkable performances of the fall was by CSU freshman Oscar Teiffel, from Sweden. In a final round of the Paintbrush Invitational in which temperatures hovered in the mid-30s and it was snowing more than a little, Teiffel carded a stellar 5-under-par 67 at Colorado Golf Club. The three-stroke victory was the first for Teiffel in his young college career.

Add up all of the above, and local schools recorded five team victories in the fall, and local players posted six individual wins — or, in Olkowski’s case, a tie for first.

— Junior Robyn Choi, the top player for the CU women, didn’t manage an individual victory in the fall, but certainly made a few runs at it. In all, she had three top-six finishes in three fall tournaments. And, perhaps most impressively, she earned her LPGA card for 2019 by finishing 45th in the final stage of Q-school, the Q-Series.

— Coby Welch, a junior at the University of Northern Colorado who went to the U.S. Amateur in August, had a strong fall, notching three top-five individual finishes — all coming in Colorado. He was third at both the Gene Miranda and Ram Masters, and fifth at the Paintbrush Invite.

— Mary Weinstein of Highlands Ranch, a junior at the University of Denver, shot a program-record 8-under-par 64 to close out the Golfweek Conference Challenge at the Fazio Course at Red Sky Golf Club in Wolcott. The stellar final round gave Weinstein her best individual finish — third place — since transferring from Regis to DU in the summer of 2017.

— Luke Trujillo, a freshman from Colorado Springs, leads the Air Force Academy golf team in stroke average after the fall season with a 74.4 norm.

— Beah Cruz, a sophomore from Vacaville, Calif., recorded two top-10 individual finishes for the University of Northern Colorado women in the fall — a sixth and a ninth.

— Meanwhile, in a matter not directly related to performance, this season a DU women’s player is carrying a golf bag at each tournament that honors Danny Dietz, a Navy Seal and former Littleton resident who was killed in combat in 2005 during the war in Afghanistan. Coach Lindsay Kuhle went to Heritage High School with Dietz, knows his family, and came up with the idea to pay tribute to Dietz through the Folds of Honor Foundation program. Dietz’s story was part of the book and movie “Lone Survivor”.

Below are the rankings for the Colorado-based NCAA Division I teams as of the end of the fall season:

And here are the rankings of local players in the top 250 in the nation: