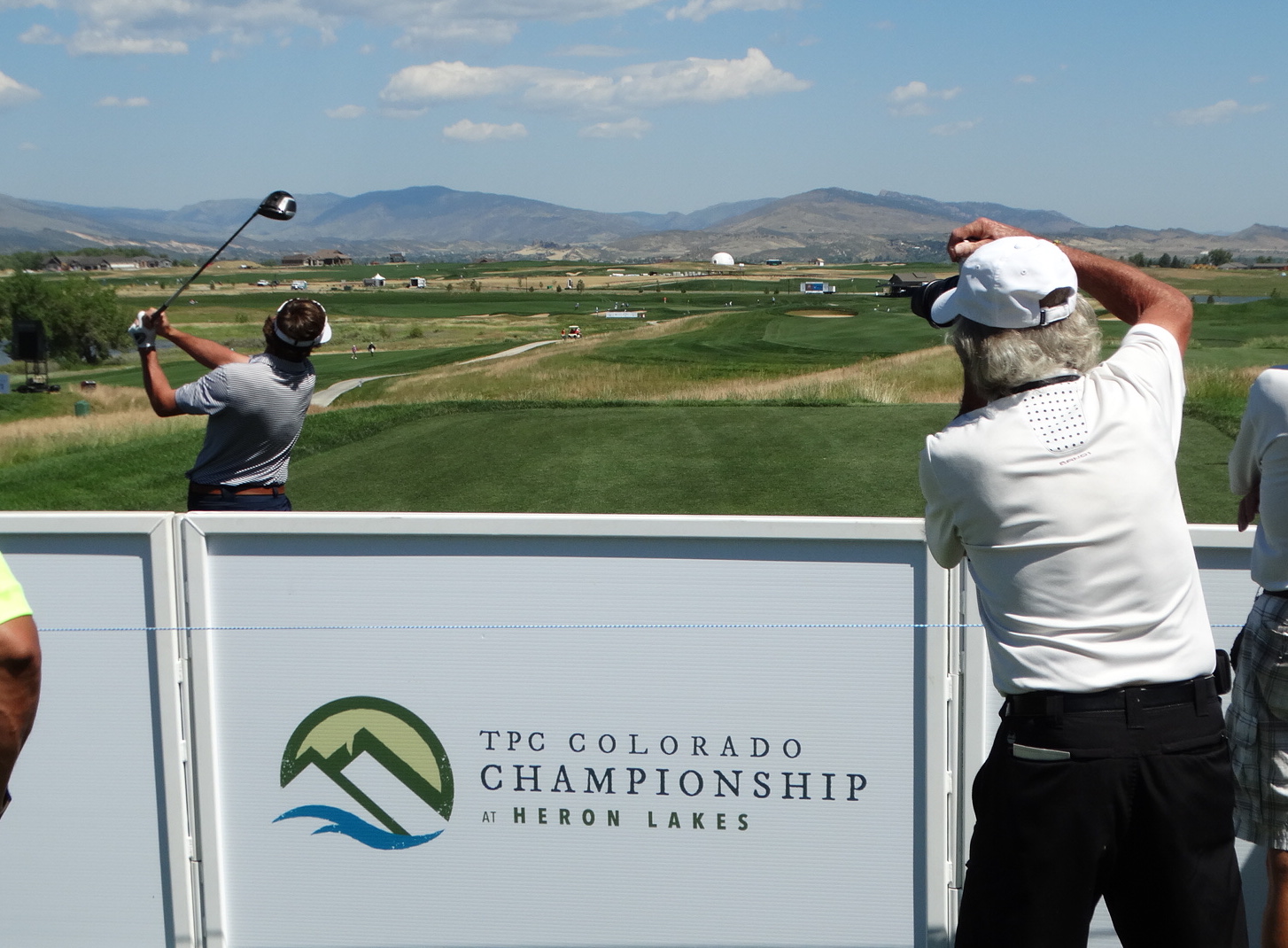 It’s been seven years since Denver resident James Love last competed on the Korn Ferry Tour — or its predecessors — but apparently it’s just like riding a bike.

You never forget how.

The 35-year-old former University of Denver golfer, who Monday qualified for the inaugural TPC Colorado Championship at Heron Lakes in Berthoud, made the most of his opportunity on the first day of the tournament.

Love shot a bogey-free 4-under-par 68 at TPC Colorado and shares fifth place after the opening round of the 72-hole event. He trails leader Nelson Ledesma of Argentina by three strokes.

Love has competed in 23 previous Korn Ferry events, but most of them were between 2008 and ’12, when he recorded a couple of top-10s. But there have been no starts on that tour for him since then.

Love’s main tour home over the years has been on PGA Tour Canada, which is appropriate consider he was born in Canada (Calgary). His lone victory on PGA Tour Canada came in 2009 at the Canadian Tour Championship.

Here are the first-round results at the TPC Colorado Championship for all the players with strong connections to the Centennial State:

Ledesma, a 28-year-old, played his final nine holes on Thursday — the front nine — in 6-under-par 30. He finished the day with nine birdies and two bogeys. Ledesma won once on Korn Ferry Tour last year and once on PGA Tour Latinoamerica in 2017. In 2019, he owns four top-seven finishes on the Korn Ferry circuit, including a second and a third.

“My round was solid all around; everything was easy for me today,” Ledesma said. “I think I hit every fairway today and my putting was good. It was just a good all-around performance.”

Three Americans share second place at 67 after round 1: Will Zalatoris, Rico Hoey and Max Greyserman.