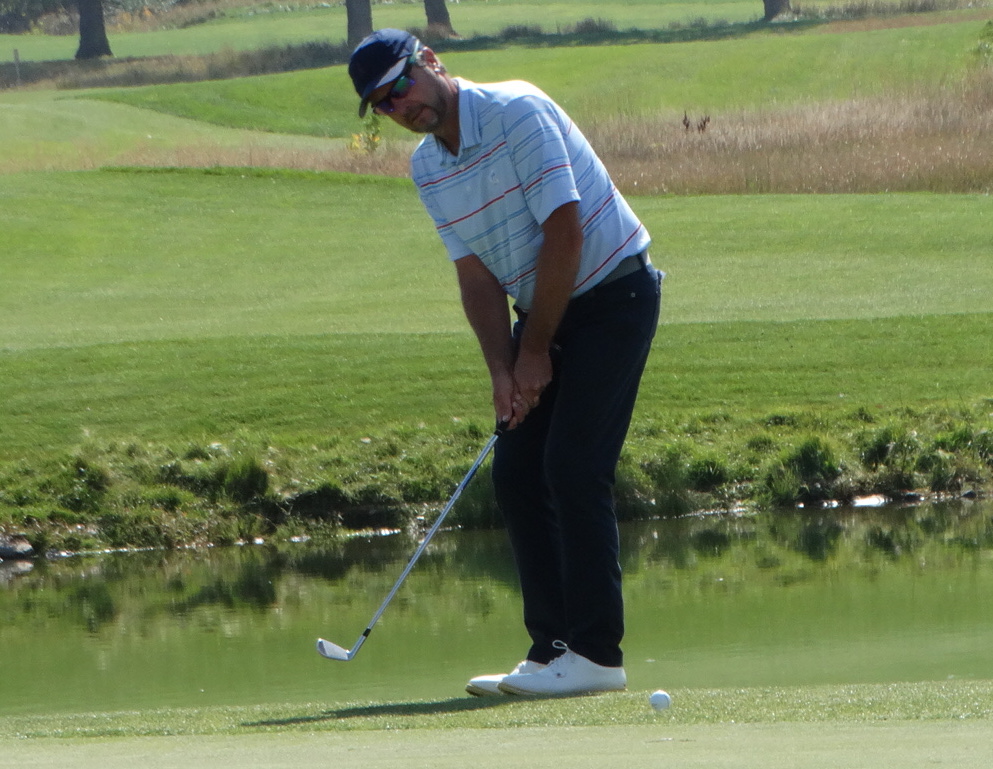 The players under par after 36 holes of the 33rd CGA Mid-Amateur are a familiar bunch.

The half-dozen golfers in red figures through two rounds account for eight CGA Mid-Am victories, which should make for an interesting final day at Legacy Ridge Golf Course in Westminster.

Jon Lindstrom of Lakewood Country Club, a three-time champ, moved into a share of the top spot with first-round leader Ryan Axlund of Valley Country Club. And just a stroke behind, in third place, is two-time winner Chris Thayer of Walnut Creek Golf Preserve.

Lindstrom (pictured), who has gone first-first-third-third in the past four Mid-Ams, matched the low round on Saturday, making five birdies in a 3-under-par 69 to check in at 5-under 139.

Axlund, who made it to the round of 32 of last month’s U.S. Mid-Amateur, followed up his first-round 66 with a 1-over-par 73 on Saturday. He made an eagle for the second straight day, this time on the par-5 11th hole, and added two birdies and a bogey, but paid the price on the par-3 fourth hole, where he carded a quadruple-bogey 7.

Thayer, who has finished no worse than second in the past five CGA Mid-Amateurs, checked in at 140 after his second straight 70, this one featuring five birdies and three bogeys. It was Thayer’s eighth straight sub-par round in the CGA Mid-Am, dating back to 2017.

Erdman shot his second consecutive 71 and holds fourth place at 142 after a day that included an eagle, two birdies and three bogeys.

In the Super Mid-Amateur division for players 40 and older, Lindstrom holds a three-stroke advantage over Erdman, with Irwin and Harrington another shot back. All the players in the super mid-am division are also competing for the overall championship.

The 54-hole CGA Mid-Amateur, which is limited to players 25 and older, will conclude on Sunday, when Lindstrom, Axlund and Thayer will tee off at 10:10 a.m.

The field was cut from 84 to the low 40 players and ties after Saturday’s second round, with those at 8-over-par 152 or better advancing to Sunday.