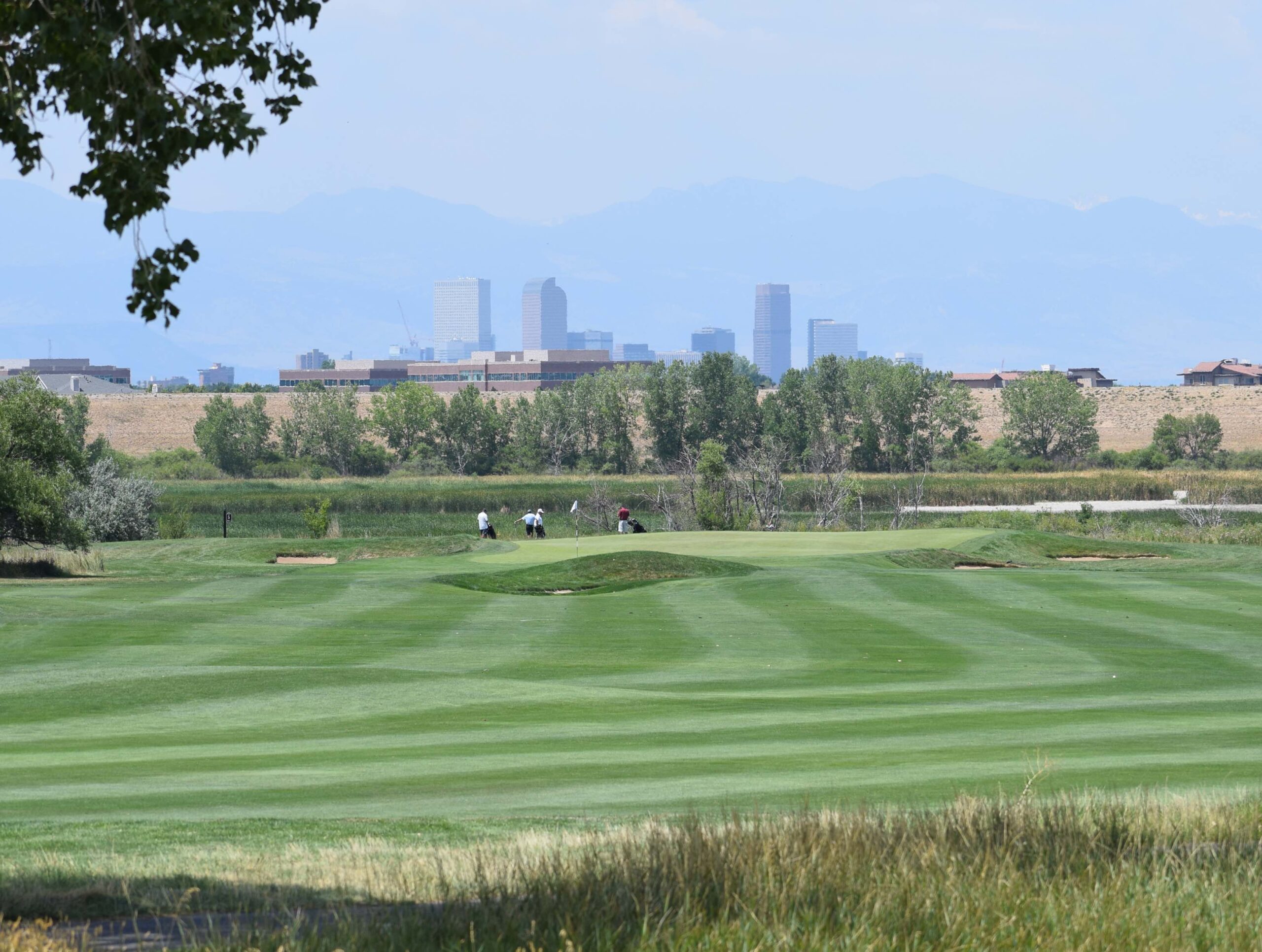 After three days at CommonGround Golf Course (above), the CGA Match Play will move to Colorado Golf Club starting on Friday.

After ousting defending champ, Dillon Stewart among those advancing to quarterfinals of 121st CGA Match Play

On a Wednesday when all four past champions in the field were ousted, eight players punched their tickets to Colorado Golf Club in Parker, which will host the quarterfinals, semifinals and finals of the 121st CGA Match Play.

Dillon Stewart of Ptarmigan Country Club, an Oklahoma State golfer who beat defending champion Colin Prater of Cherokee Ridge Golf Course 3 and 2 in pod play on Wednesday morning at CommonGround Golf Course, improved his record for the week to 4-0 in the afternoon with a 4 and 3 victory in the round of 16 over Austin Hardman of Bear Creek Golf Club. Stewart’s winning margins this week have been 3 and 2, 5 and 4, 3 and 2, and 4 and 3.

Also in the quarters with a 4-0 mark — after an optional practice round at CGC on Thursday — will be another DU player, Cal McCoy, the 2019 CGA Match Play runner-up. McCoy was 2 down with two holes left in regulation of his round-of-16 match against University of Northern Colorado golfer TJ Shehee of Boulder Country Club. But McCoy won the 17th hole with a par and the 18th with a birdie to force “overtime.” There, McCoy prevailed on the 20th hole — at about 8 p.m. Wednesday — to advance.

McCoy-Shehee was one of three round-of-16 matches that went the distance (or more). The others were Thayer’s 1-up victory over Walker Franklin of The Ranch Country Club, and Wilkinson’s 1-up win over Tyler Bishop of The Fox Hill Club. Thayer won the 18th hole with a par and Wilkinson with a birdie.

With only the winners of each four-person pod advancing to the round of 16, eliminated by early Wednesday afternoon were Prater, who swept the CGA Match Play and CGA Amateur titles in 2020; 2019 winner Josh McLaughlin of The Olde Course at Loveland; and 1989 champ and Colorado Golf Hall of Famer Kent Moore of Cherry Hills Country Club. Prater went 1-2 in his round-robin matches, McLaughlin 1-1-1 and Moore 0-3.

Then Nick Nosewicz of Meadow Hills Golf Course, who won the 2015 CGA Match Play at CommonGround, fell in the knockout round of 16 Wednesday afternoon to Swanson. Swanson, part of the Hale Irwin Player Program at CommonGround, topped Nosewicz, 4 and 3.

In Friday morning’s quarterfinals at Colorado Golf Club, in bracket order, Stewart will face Griggs, Bryant will play Wilkinson, McCoy will meet Thayer, and Nygren will face Swanson. Then the winners will square off in the semifinals on Friday afternoon. On Saturday, CGC will host 36-hole finals of both the Women’s Match Play and the men’s CGA Match Play.