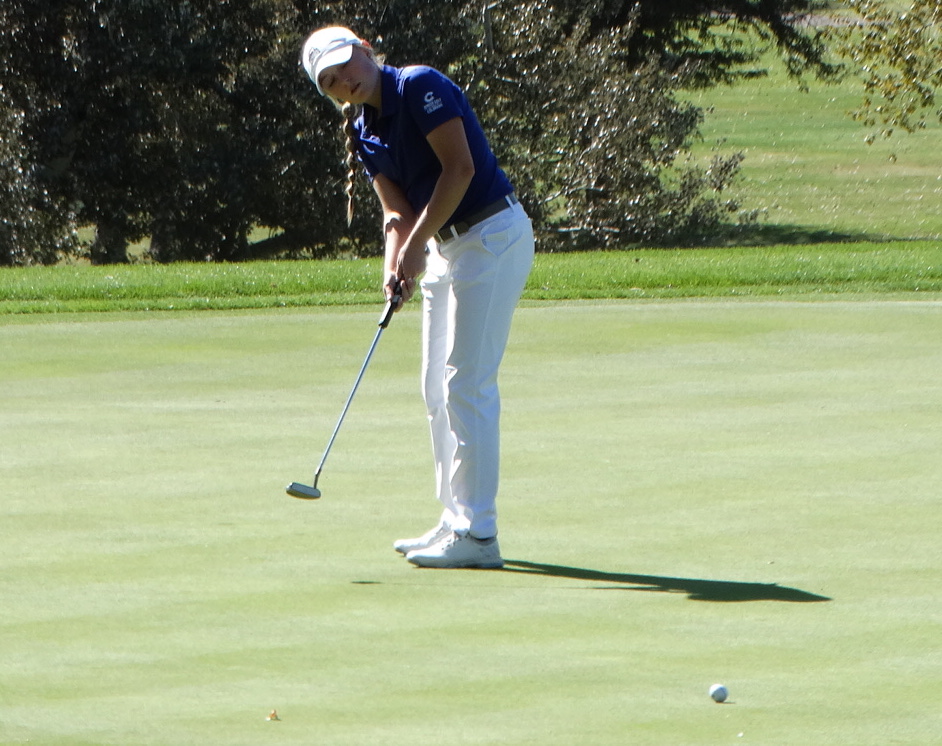 Former state high school champion Emma Bryant of Aurora, a junior, has committed to the University of Denver.

More than 30 Colorado junior golfers/JGAC members from classes of 2020 and ’21 set to play college golf, including at least 16 who are headed to NCAA Division I programs

About five months ago, the college golf signing period began for the high school class of 2020. There were plenty of commitments that were formalized in those first several days by Colorado junior golfers, but it should be kept in mind that National Letters of Intent for golf can be signed until Aug. 1, though that period has been temporarily suspended until April 15 due to the coronavirus.

So while much of the activity took place in mid-November, plenty has happened since then for many of Colorado’s top junior players. And not only does that include those from the Class of 2020, but some current high school juniors have been making verbal commitments to college programs.

With all that in mind, it’s worth providing an update on the recruiting process regarding local players.

When we last posted a story about college commitments in November, 10 of the state’s junior golfers had signed letters with — or committed to — NCAA Division I programs. Now, between the high school classes of 2020 and 2021 — and including one Junior Golf Alliance of Colorado player who lives out of state — the number is up to at least 16.

Schalk (three times), Bryant (once) and Pals (once) are former state high school individual champions, while Hillary was the 2019 JGAC Girls Player of the Year.

Meanwhile, it should be noted that Dimery Plewe of Cortez, who has signed with Idaho State, will becomes the third member of her family to compete in Division I golf (sister Kiselya Plewe at Weber State and brother Hayden Plewe at Southern Utah).

All told, when including all levels of college golf, more than 30 Colorado/JGAC junior golfers are headed for a specific college program within the next year and a half. That’s a number remarkably similar to last year for Colorado.

For the freshmen golfers who begin in the fall, it’ll be a unique year. With the NCAA having granted an extra year of eligibility to this season’s college golfers, including seniors, because the season ended in mid-March due to the coronavirus pandemic, there could be an extra class of players on the rosters of some teams. That might make it more difficult for some freshmen to earn spots on the traveling squads.

In any case, below is an updated list of signings or verbal commitments from Colorado junior golfers and/or JGAC players for the 2020 and 2021 high school classes. Schools noted with an asterisk (*) feature NCAA Division I programs:

(For additional commitments, please notify us at golfjournal@coloradogolf.org.)