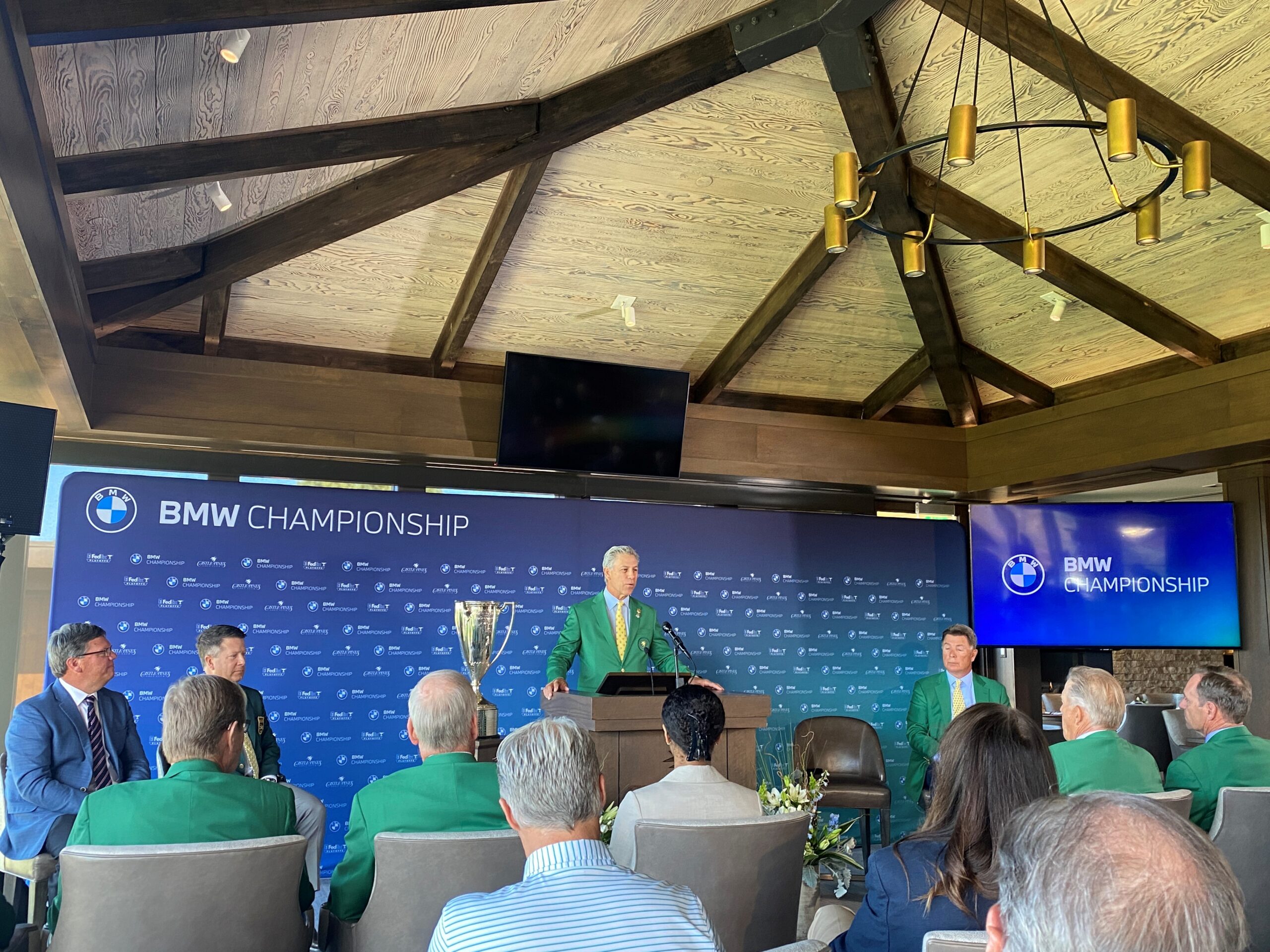 “We’re so thrilled to bring the best players on the PGA TOUR back to Castle Pines and the Denver area for the BMW Championship,” said Vince Pellegrino, WGA Senior Vice President of Tournaments. “This golf course was made to host high-level championships, and we anticipate an unparalleled experience for the players, the Castle Pines community, and our fans.”

The 2024 event will mark the PGA TOUR’s return to Castle Pines Golf Club, which hosted The International, a unique championship that utilized the Modified Stableford scoring system, from 1986 until 2006. It will be the BMW Championship’s first visit to Colorado since 2014, when Billy Horschel won at Cherry Hills Country Club in Cherry Hills Village en route to capturing the FedExCup title. The BMW Championship was named PGA TOUR Tournament of the Year for a third consecutive season in 2014.

“Castle Pines Golf Club and its members welcome the opportunity to test the top 70 players on the PGA TOUR and put the focus of the golf world back on this iconic venue,” said George Solich, Castle Pines Golf Club Chairman and President. “It was always Jack Vickers’ vision to build a championship golf course and hold a tournament of national prominence. The International was the manifestation of that vision for over two decades. Hosting the 2024 BMW Championship reaffirms Jack’s vision and our commitment to championship golf at the highest level.”

The highly acclaimed Jack Nicklaus-designed golf course at Castle Pines opened in 1981, capitalizing on iconic Colorado scenery with holes carved through natural rock features and majestic Ponderosa pines. Now playing over 8,000 yards with a par of 72, the undulating layout features narrow fairways and elevated, multi-tiered greens. Through the leadership of Nicklaus and the Nicklaus design team, the golf course has been updated to ensure its status as a championship layout.

“It’s very exciting to see Castle Pines back in tournament golf,” Nicklaus said. “We have made some excellent changes to the golf course over the last five years, which make it more playable but still quite challenging. The players will really enjoy this renewed facility.”

During its 21-year run on the PGA TOUR, The International at Castle Pines Golf Club was one of the players’ favorite stops, combining great shot values, impeccable course conditions, excellent service, and of course, those milkshakes. It was an incredible run on the PGA TOUR and helped put Castle Pines Golf Club forever on the map of great places in golf.

Jim Nantz of CBS Sports said, “Castle Pines is one of the most stunning clubs and courses in the world. For 21 extraordinary years it was viewed by many as their favorite stop on TOUR. It is wonderful to see it return. Club Founder, the late Jack Vickers, one of the few to ever be recognized with the PGA TOUR Lifetime Achievement award, is smiling down on the leadership and vision of the club’s Board of Directors. This is a proud day for Colorado, the PGA TOUR, and Castle Pines.”

In addition to having an estimated $30 million economic impact on the Denver metro area, the 2024 BMW Championship is expected to play a vital philanthropic role by introducing more golfers and fans in the region to the Evans Scholars Foundation and its mission of awarding full tuition and housing college scholarships to deserving youth caddies. There are 1,070 Evans Scholars enrolled in 21 leading universities nationwide this year, including 58 at the University of Colorado (CU) in Boulder.

“We are proud of the positive impact that the BMW Championship has made on so many lives over the past 15 years,” said Sebastian Mackensen, President and CEO, BMW of North America. “Each time we host this event in a different market, it provides a great opportunity to raise awareness for the Evans Scholars Foundation and showcase the BMW brand for customers and golf fans in the area.”

WGA President and CEO John Kaczkowski noted “Castle Pines Golf Club has long been a tremendous supporter of youth caddies and of the Evans Scholars Foundation. This is an excellent opportunity to showcase this beautiful club and our shared efforts to reach more deserving young caddies.”

“The BMW Championship has had a significant impact on the success of the FedExCup Playoffs over the last 15 years, thanks in part to the rotation of venues and locations,” said Tyler Dennis, PGA TOUR Executive Vice President and President. “Castle Pines Golf Club and its members have already shown a tremendous amount of enthusiasm for this championship, and we are excited to partner with BMW, the WGA and the club for a FedExCup Playoffs tournament that will be one of Denver’s premier sports and entertainment events in 2024.”