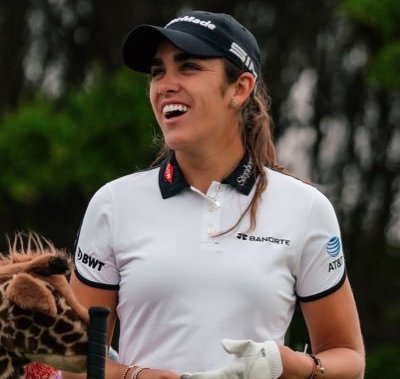 Maria Fassi qualified in Colorado for her first U.S. Women's Open appearance, in 2015.

Next month in qualifying at The Ranch, Fassi will try to earn a spot in her fifth U.S. Women’s Open; Choi, Huffer also in field

Maria Fassi, the former women’s NCAA individual champion who is linked with Colorado native Jennifer Kupcho in the minds of many golf fans after their duel at the inaugural Augusta National Women’s Amateur in 2019, is set to make another USGA qualifying appearance in the Centennial State.

The LPGA Tour player, who finished second to Kupcho at the 2019 ANWA and subsequently appeared with her on “The Tonight Show Starring Jimmy Fallon,” is among the 53 players scheduled to tee it up in 36-hole U.S. Women’s Open qualifying May 10 at The Ranch Country Club in Westminster.

The number of berths available at The Ranch to the U.S. Women’s Open hasn’t yet been announced. Just one spot was up for grabs in the 2019 Colorado-based qualifying — 2020 Women’s Open qualifying was nixed by Covid-19 safety concerns — but that field had just 32 players. Two berths is far more typical for the event.

Overall, Fassi has now played in four U.S. Women’s Opens, missing the cut three times but placing 12th in 2019. On the LPGA Tour in general, she has missed cuts in all five of her 2021 tournaments after posting four top-15 finishes last year. She’s currently No. 150 in the Rolex Women’s World Golf Rankings.

Meanwhile, Kupcho, who grew up in Westminster and works with The Ranch’s Ed Oldham as her instructor, will be exempt for the U.S. Women’s Open for the second straight year. She’s ranked No. 12 in the world.

This year’s U.S. Women’s Open is set for June 3-6 at The Olympic Club in San Francisco. The USGA received 1,595 entries for this year’s championship.