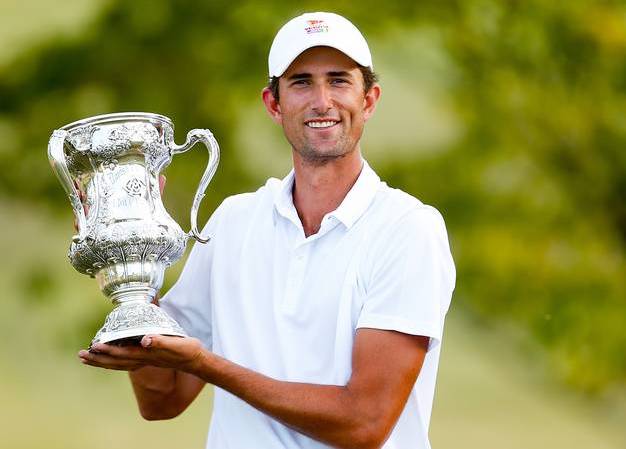 About a dozen USGA champions expected to compete in U.S. Mid-Am starting next week at Colorado GC and CommonGround

Qualifying for the U.S. Mid-Amateur that Colorado Golf Club and CommonGround Golf Course will host Sept. 14-19 wrapped up late last month, with 65 sites having hosted qualifiers from Aug 5-22. The 264-man field for the national championship is getting close to being finalized, but isn’t quite there yet.

As of Tuesday — and this is subject to change — a dozen USGA national champions are scheduled to tee it up in the U.S. Mid Am, which is limited to players 25 and older.

Competitors in the U.S. Mid-Am will play one round of stroke play each at Colorado Golf Club and CommonGround Sept. 14-15, then — likely after a playoff to determine the final match-play qualifiers — the top 64 players will advance to match play, which begins on Sept. 16.

The dozen USGA champions who are expected to compete in the U.S. Mid-Am are — again, subject to change:

(Sept. 9 Update: When the USGA released U.S. Mid-Am tee times for the weekend on Monday, all of the aforementioned players were in the field. To view those tee times, CLICK HERE.)

With Smith having won five USGA titles, only three men have more to their credit — Bobby Jones (9), Tiger Woods (9) and Jack Nicklaus (8). Smith, who has won a record four U.S. Mid-Ams, is tied at five overall with Hale Irwin, Jay Sigel and Jerome Travers. One of Sigels victories came at the 1983 U.S. Mid-Amateur at Cherry Hills Country Club.

Between now and the Mid-Am, Hagestad is scheduled to compete for the U.S. squad in this weekend’s Walker Cup Matches against host Great Britain & Ireland. Hagestad (pictured in a USGA photo by Chris Keane) is the only mid-amateur on that U.S. Walker Cup squad and is currenly No. 5 in the World Amateur Golf Rankings. He’s played in the last three U.S. Opens and finished 36th at the 2017 Masters.

As for Coloradans, 12 of them have qualified for the second Mid-Am that will be played in their home state.