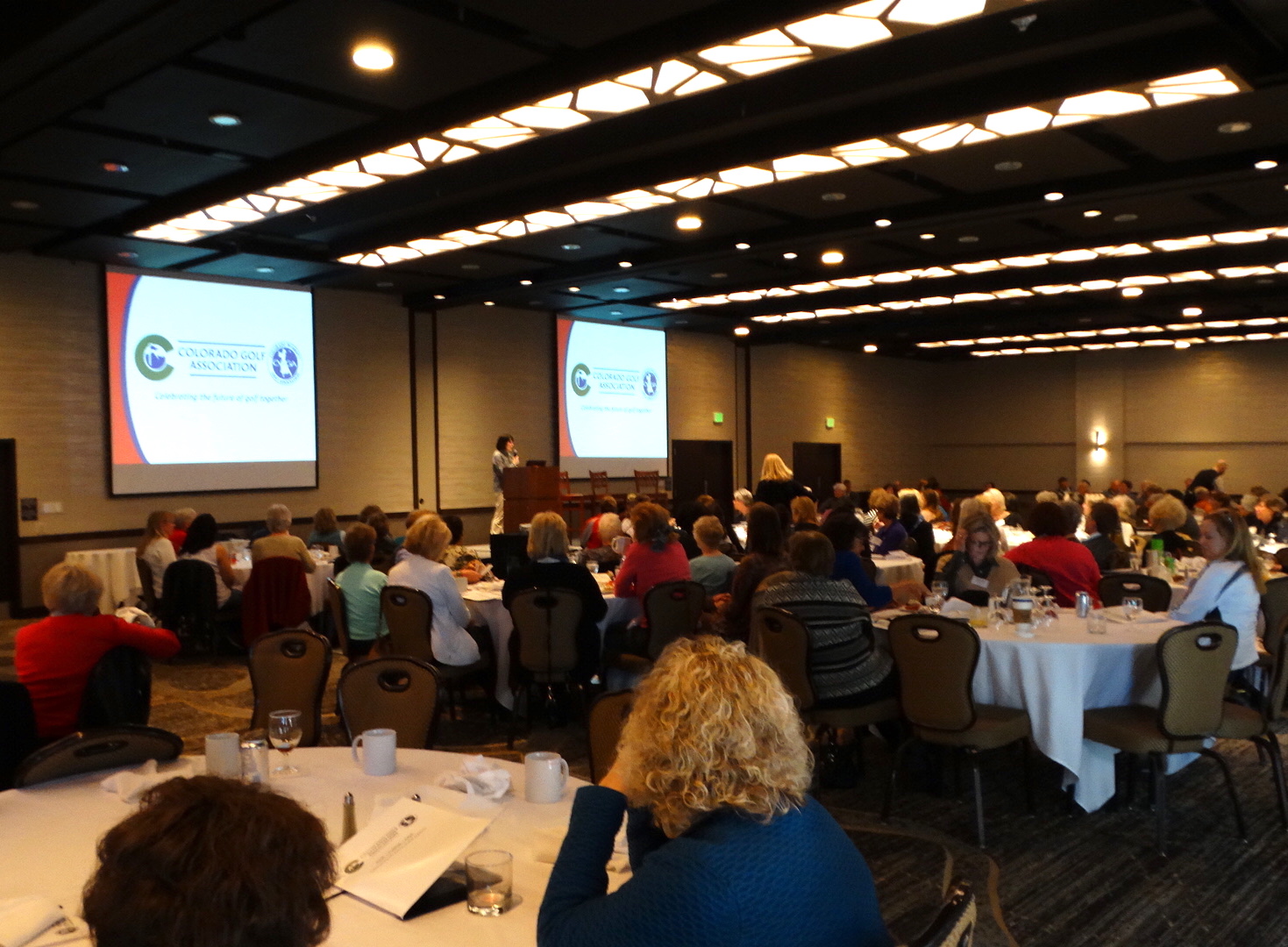 It has a new name, it’s being held at a new site, and it will draw one of its largest number of attendees in recent years.

By one name or another, the statewide meeting of representatives of women’s golf clubs across Colorado has long been a late-winter fixture on the Colorado golf calendar. And for more than a decade, it had been set at the hotel and conference center adjacent to Inverness Golf Club.

And this year’s Women’s Golf Summit will be conducted at Pinehurst Country Club in south Denver, which has hosted numerous CGA meetings and championships over the years.

As for the name change, it took shape after CGA staffers attended an International Association of Golf Administrators conference.

“We thought, ‘What could we do to change it up, now that we’ve rebranded and come together, to give it a different flavor?'” said Erin Gangloff, the CGA’s managing director of programs, who is playing a lead role in organizing next weekend’s event. “That’s why we went to CGA Women’s Golf Summit.”

Along the same lines, the CGA plans another newly-named Summit, the inaugural CGA Western Slope Golf Summit, for April 6 at Bookcliff Country Club in Grand Junction.

Though registration for the CGA Women’s Golf Summit will remain open at least through this week, as of Thursday 206 people had signed up to come to Pinehurst for the March 9 event. Also planning to attend are most — if not all — of the CGA staff and CGA volunteer board members as a quarterly board meeting is scheduled afterward at Pinehurst. This year’s attendance will be the most since more than 230 people came to the 2016 CWGA Women’s Annual Meeting the year the CWGA celebrated its 100th anniversary.

At Pinehurst on March 9, at least 88 women’s clubs will be represented. Among those planning to attend are 51 women’s club presidents from around the state.

Next weekend’s Summit will be set up similarly to previous events, with several breakout sessions. But with the Rules of Golf modernization having taken effect on Jan. 1, a general session for all attendees will be devoted to discussing some of the key rules changes. That 100-minute session will be led by Karla Harding, Jan Fincher and Sandy Schnitzer, who have traditionally devised both fun and informative ways to teach the rules at this event.

Other topics covered in breakout sessions will include “Practicing with a Purpose” (conducted by longtime LPGA instructor Elena King), a club roundtable (facilitated by Kathy Malpass and Debbie Kolb) and Golf Genius tournament management (headed by Aaron Guereca and Justin Scott).

During the Summit-ending lunch, CGA president Janene Guzowski will present a State of the CGA address, a video on the CGA’s rebranding will be shown, and chief development officer Ryan Smith will discuss the CGA’s new logo.

The keynote speaker will be broadcast journalist and documentary filmmaker Tamara Banks.

“She’s going to talk about inclusion,” Gangloff said. “She’s a polo player. She said she plays golf on a horse. Golf and polo are very male-dominated, so she’s going to talk about that and her journalism career and service. We told her how much these ladies contribute back to their communities by doing fundraising tournaments, and that’s right up her alley because she’s really big on service.”

As an important backdrop to the CGA Women’s Golf Summit, a silent auction will be held, with all the proceeds benefiting junior golf. Last year, $15,365 was raised for the cause.

The auction comes in two phases — online, which has already been running for more than a week and has raised $7,275 already, and additional items for bidding at Pinehurst on March 9. Both phases of the silent auction will close at 12:25 p.m. on March 9.

To register for the CGA Women’s Golf Summit, CLICK HERE.