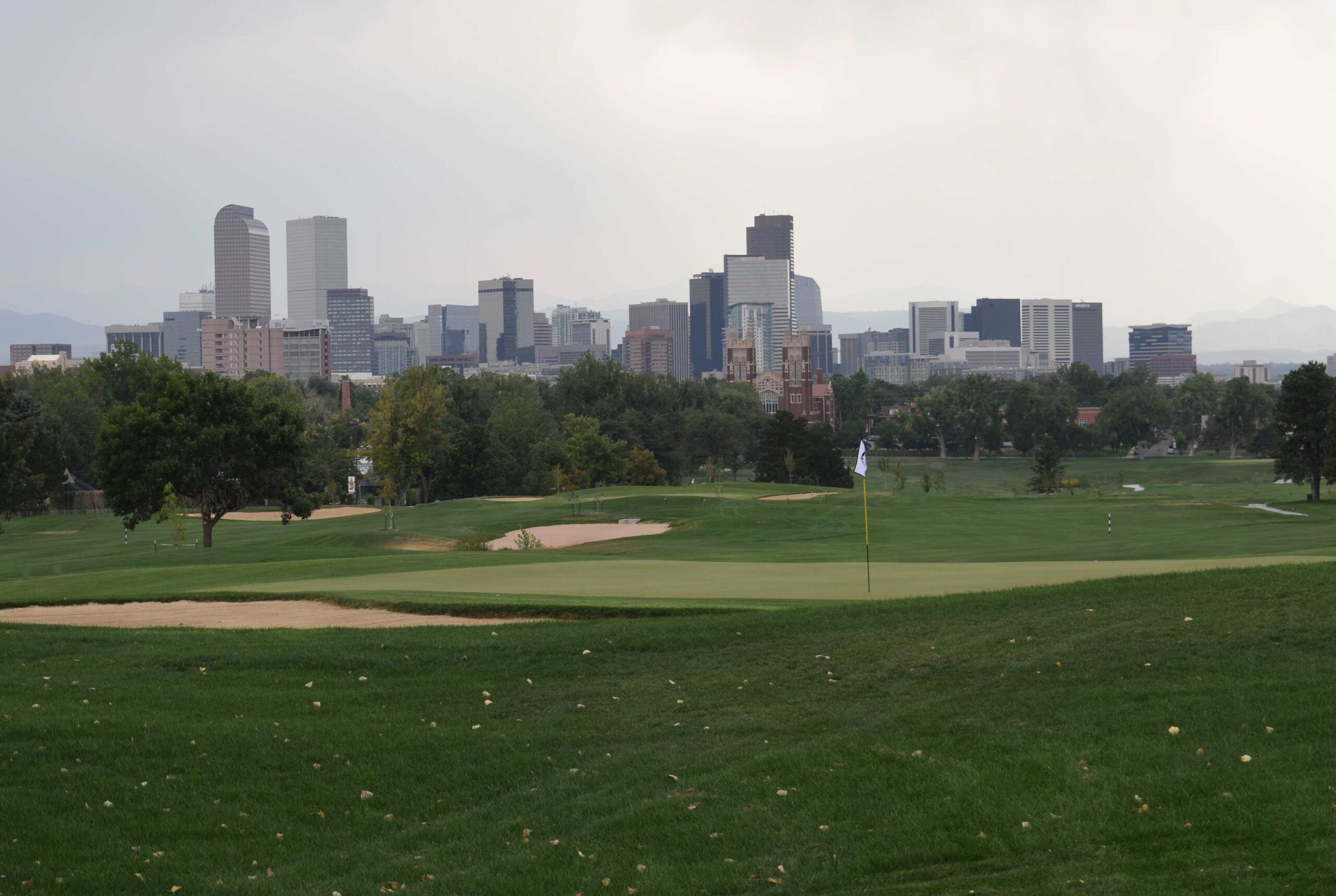 When the Colorado Golf Coalition released its Colorado Golf Economic & Environmental Impact Report this month, it didn’t take long for an influential lawmaker to espouse the game’s virtues in front of her colleagues at the state legislature.

After a tribute was read at the state capitol on April 14 — in both the House and the Senate — that highlighted some of the key points made in the Impact Report, Colorado House Majority Leader Daneya Esgar (D-Pueblo) added her personal two cents about golf.

“If you would have told me 10 years ago that I’d be standing in the well of the State House talking about the benefits of golf, I probably would have thought you were a little crazy,” she said. “I have always enjoyed golf, but it wasn’t until I met my wife and her family — my brother is actually a professional golf expert as well — (that) I have learned the benefits of what golf can mean to our communities. I hope, if you didn’t hear the tribute, you go and do take a look at this report. It’s more than just a sport. It truly is helpful in raising money, it’s helpful in protecting lands.

“Seventy-six percent of these courses are public golf courses. Pueblo County alone has three that I frequent. … It’s a great Colorado sport with the amount of sunshine we have every year in this state, but (it) actually positively impacts our state in great ways as well. So thank you for your time.”

And with that, one of the key objectives of the Impact Report was met, at least to some extent: trying to make state lawmakers understand the benefits of the game so that they can deal with issues affecting golf in a knowledgeable and well-informed way. Each state legislator received a one-page wrap-up with a QR code that accesses the full report.

“The more informed and educated our legislature is about golf issues, hopefully they’ll be friendly to golf,” said Eddie Ainsworth, executive director of the Colorado PGA, one of the organizations that comprise the Colorado Golf Coalition, along with the CGA, Rocky Mountain Golf Course Superintendents Association and the Mile High Chapter of the Club Management Association of America.

Nineteen years after leaders in the Colorado golf industry released a similar report, the Colorado Golf Coalition wanted an updated version. So the National Golf Foundation and Radius Sports Group conducted research and compiled a 76-page Impact Study based on 2019 data.

Key findings from the report indicate that the direct economic impact from Colorado golf in 2019 was $1.3 billion ($2 billion when also including indirect and inducted impact) and that the golf industry in the state supported more than 19,400 jobs. Compare that to a Colorado sports heavyweight, the ski industry, which generates $4.8 billion in annual economic output and supports more than 46,000 year-round equivalent jobs, according to a 2015 study.

“To me, it’s always interesting to compare golf to skiing,” Ed Mate, longtime executive director of the CGA, said in a recent conversation and follow-up email. “People think of Colorado and they think of skiing. They don’t think golf. But there are a lot more golf courses than there are ski areas. …

“According to Google, there are 32 ski resorts in Colorado. While the total economic impact of skiing is larger than golf, golf is more relevant in more communities in Colorado. Not every county has a ski resort, but the overwhelming majority of counties have a golf course.”

“Holyoke is a great example. Holyoke is the home of Ballyneal, which employs lots of people and brings in visitors from all over. It also has a local muni that community members love and that provides great outdoor recreation. I don’t think the ‘locals’ care a lot about skiing. That doesn’t mean they don’t ski; it just means it doesn’t impact their lives or their community. There are many more examples of this throughout Colorado.

“To draw an analogy, golf courses are a little bit like the local grocery/hardware store and skiing is the ‘big box’ store that brings in people from a much wider area.  Both are good for the state’s economy, but we need to measure ‘impact’ in more than just total numbers.”

Another key finding in the Impact Study is that golf in the state uses less than 1 percent of Colorado’s overall annual water consumption. And courses in the state provide 33,061 acres of green space, including “turfgrass and 11,855 acres of water, wetlands and native rough which support wildlife and pollinator habitats, cool the urban heat island, filter surface water runoff and contribute to health and well-being.”

To help put things into perspective, if Colorado’s total annual water usage equaled your typical 16.9-ounce bottled drink, the amount of that used by Colorado golf would be less than one teaspoonful. And more than a quarter of that less than one teaspoonful is reclaimed water. The report also said that 97 percent of Colorado courses utilize at least three water-conservation measures.

In addition, the waste diversion rate of Colorado courses in 2018 was 55.6 percent, far higher figures than for the state (17.2 percent) and nation (35.2 percent) as a whole.

“The (Impact Report) that came out is outstanding on both the environmental and economic side,” said Gary Leeper, longtime executive director of the Rocky Mountain GCSA. “The environmental side is going to be very important, especially down at the (state) legislature. Water and pesticides are always going to come up there. We have a lot of pollinators on our golf courses that we like to emphasize. I think this document is going to help us let the legislators understand that what we’re doing is safe and we have best management practices for all of them.

“Water is always the big piece that jumps out for our side — the superintendents’ side. Less than 1 percent (of the state’s annual water use is a key statistic). The last 20 years, since we last did the survey, it stayed about the same. Overall we’re in pretty good shape.”

The Colorado golf course superintendents have been proactive in the way they go about their business. For instance, in 2019 they published a best-management practices guide that focused on protecting the environment, optimal playing conditions and preserving natural resources.

“On the environmental side, it’s all about water,” Mate said. “Think of what’s changed since 2002 (the year the last Impact Report was released) in terms of the public awareness of sustainability, carbon offsets, open space, water use, pollinators — all those things. So I think we’re more relevant today. We were a little bit ahead of the curve when we issued the study in 2002.”

More than three-quarters of the state’s golf courses are public, and golf events raised an estimated $35.6 million for charity, according to the Impact Report. Among the golf programs that make substantial community impact are the Junior Golf Alliance of Colorado, The First Tee, PGA Jr. League, Golf in Schools and PGA REACH.

And, of course, there are the physical benefits and sheer enjoyment of the game of golf, with players relishing the outdoors and often getting plenty of exercise and social interaction while doing it.

“I don’t know how we ask for a better report.”

Additional findings of the Impact Report are that the Colorado golf industry accounted for $696.5 million in wage income and more than $166.5 million in state and local taxes. There are approximately 487,300 individual golfers in Colorado, meaning one out of 12 men, women and children in the state tee it up. Those golfers — and visitors — played about 6.5 million rounds in 2019. Golf tourism contributed more than $281.3 million to the economy.

“I don’t think in 2002 that we did as good a job as we did this time in packaging the report and putting it into context,” Mate said. “That would probably be my biggest takeaway — what a big part of the economy golf is in Colorado.”

Beyond that, of course, the Colorado golf industry now has up-to-date information about the game’s benefit to the state, which should be invaluable moving forward.

“It’s like a census,” Mate said. “You have to have something that is credible — and part of credible is current. To be relevant and to be credible, you have to be current.”