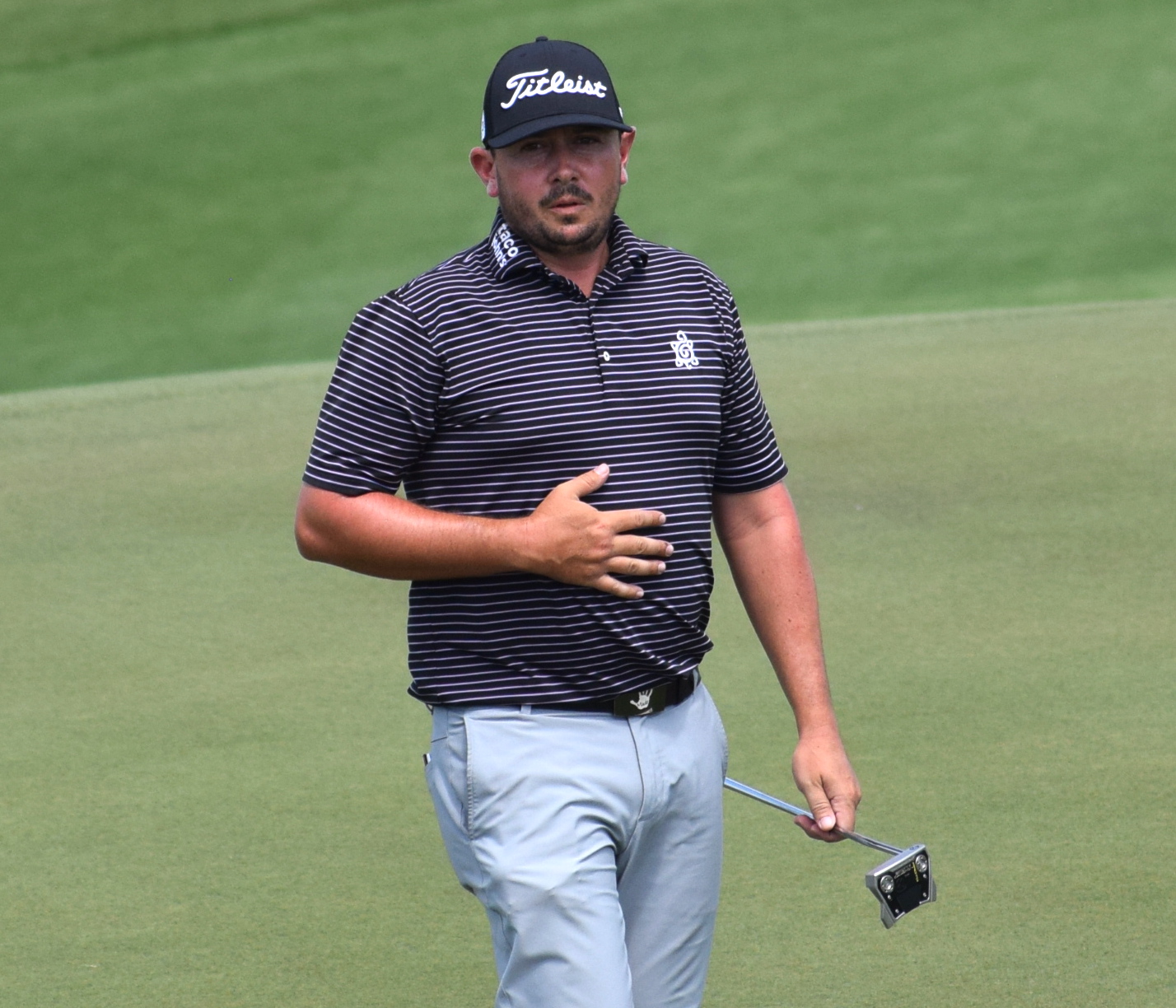 Josh Creel scored a breakthrough victory on Sunday in Utah.

Josh Creel, a native of Cheyenne who now lives in Edmond, Okla., earned his first career victory on the Korn Ferry Tour on Sunday, winning the Utah Championship presented by Zions Bank in Farmington.

Creel, who started his college golf career at the University of Colorado before transferring to Central Oklahoma and winning the 2012 NCAA Division II individual title, prevailed by two strokes in Utah.

In his last five Korn Ferry Tour starts, Creel has notched a win and a second-place finish. His other career runner-up showing on the KFT came at the 2019 Utah Championship, where he lost in a playoff.

With one tournament left in the KFT regular season, Creel sits in 32nd place on the season-long points list. The top 25 players after next week earn PGA Tour cards for the 2021-22 campaign.

“I’m sure I have to finish first or second (in Omaha) as well to sneak into that top 25, but you never know,” Creel said. “I’m playing good golf. We will see what happens.”

Taylor Montgomery, whose father Monte grew up in Grand Junction and won a Colorado boys state high school title, tied for second on Sunday. The elder Montgomery caddied for Taylor this week following a vacation spent in Colorado last week. Taylor Montgomery posted rounds of 67-66-62-67 to check in at 262. Montgomery moved up to 24th in the points standings on Sunday.

The former University of Colorado golfer, who has won two CoBank Colorado Opens, turned 50 on Aug. 2, 2020 but hasn’t had the status to get into a Champions event until now. Kaye has earned more than $10.6 million in his PGA Tour career.

— Notable: Former University of Denver golfer Espen Kofstad posted his fourth top-6 finish of 2021 on the European Challenge Tour. Kofstad carded scores of 69-69-71-63 for a 16-under-par 272 total, good for a tie for fourth place on Saturday in the Finnish Challenge, where he ended up nine strokes behind winner Marcus Helligkilde. The showing was worth 11,000 euros for Kofstad, a Norwegian. Previously in 2021, Kofstad has a third-place finish and two sixths. (SCORES) … Another former DU golfer from Norway, Tonje Daffinrud, finished 60th out of the 60-player field at the women’s Olympic golf tournament near Tokyo. Daffinrud went 81-73-81-74 for a 25-over-par 309 total and ended up 42 strokes behind gold medal winner Nelly Korda from the U.S. (67-62-69-69). (SCORES)