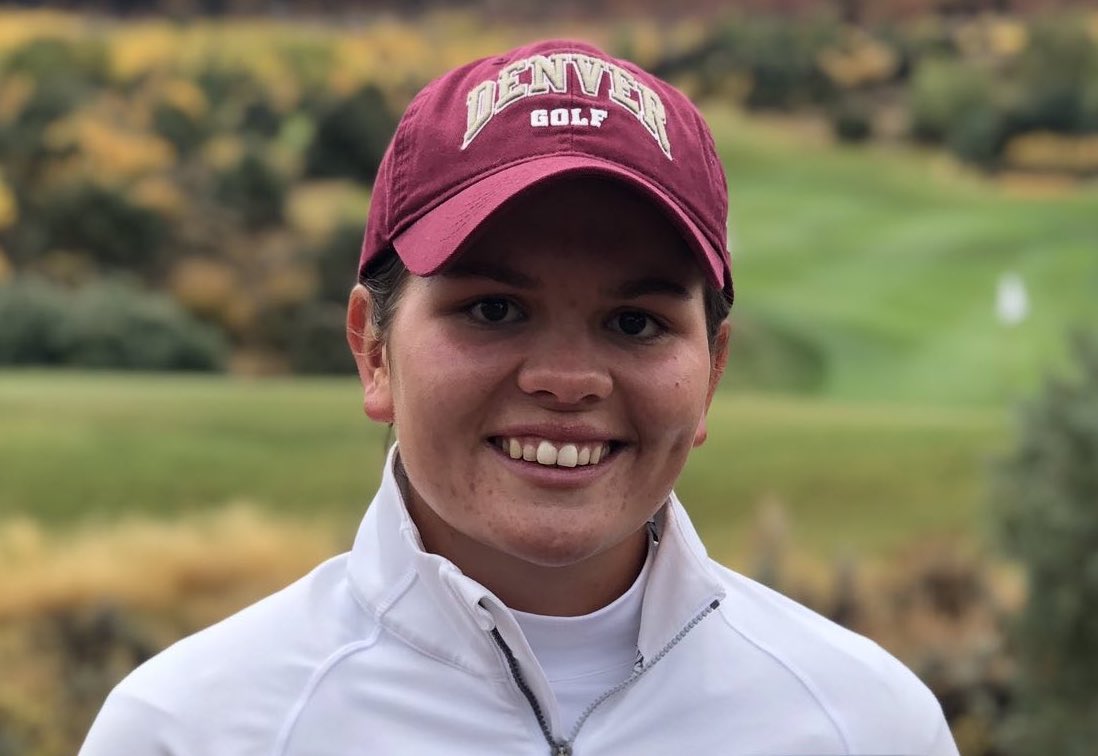 University of Denver junior Anna Krekling has taken quite a shine to competing in Colorado recently.

Less than two weeks after claiming the individual title at the Golfweek Conference Challenge at Red Sky Golf Club in Wolcott, the player from Norway tied for second place on Sunday in the Ron Moore Intercollegiate at the University of Denver Golf Club at Highlands Ranch.

And, mind you, before this fall season, Krekling had never before placed in the top 30 in a large-field college event, though she did finish fifth out of 15 players at the 2019 Ron Moore Intercollegiate.

Krekling, competing in an 87-player field this weekend, went 71-70-71 for a 4-under-par 212 total, which left her five strokes behind individual champ Tereza Meleka of East Tennessee State, who, coincidentally, was second to Krekling at Red Sky Golf Club.

For all the scores of the Ron Moore Women’s Intercollegiate, CLICK HERE.