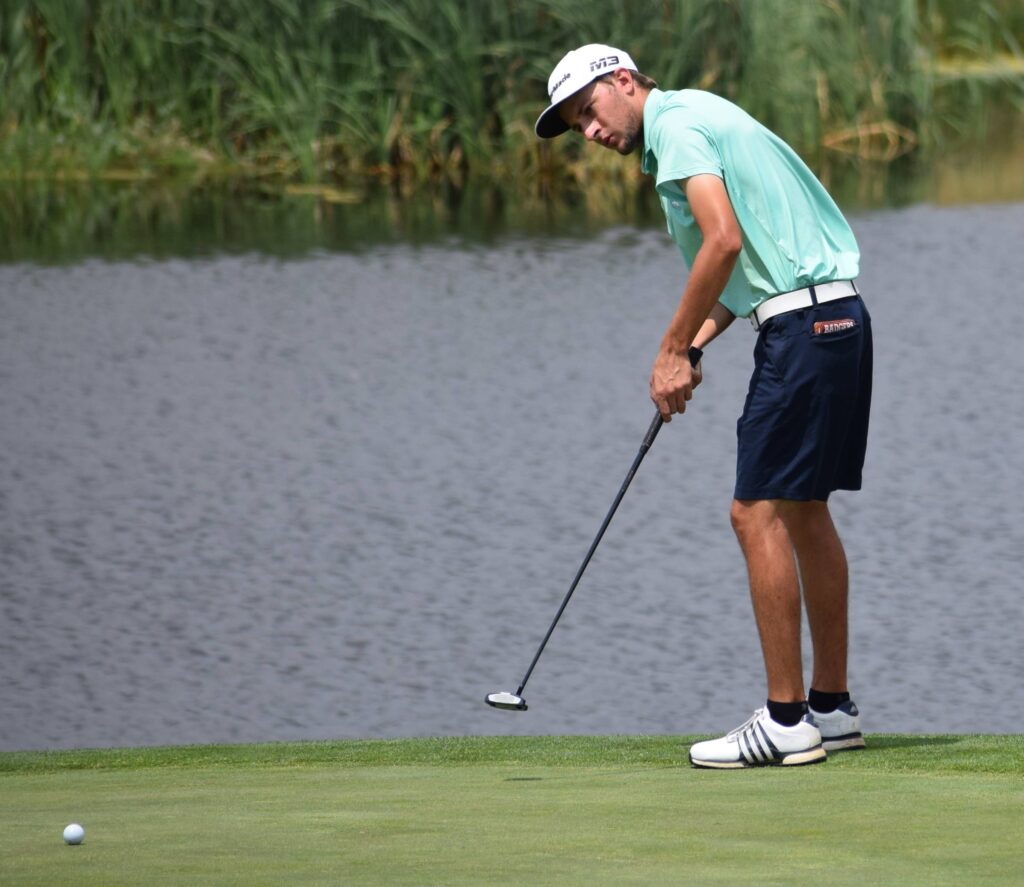 Griffin Barela made seven birdies in round 2 on Friday.

Griffin Barela of Metro Denver eClub has made himself a fixture on the leaderboards at CGA Amateurs in recent years.

The golfer from Lakewood — and the University of Wisconsin — has posted four top-11 finishes in the championship over the past four years, with two third places, a sixth and an 11th over that period.

And, sure enough, he’s back in 2021. Barela fired a 6-under-par 64 on Friday at the Country Club of Colorado in Colorado Springs — the low round of the tournament by four strokes — to grab a two-strokelead in the CGA Amateur, which dates back to the 1930s.

Barela, who was paired with the man who owns the course record for the Country Club of Colorado (62), made seven birdies and one bogey on Friday, leaving him at 5-under-par 135 at the midway point of the 72-hole event. He birdied his first three holes of the day and the last two.

First-round leader Parker Edens, a former pro who plays out of Collindale Golf Course, sits in second place at 137 after carding a bogey-free 69 on Friday. The Colorado State University men’s golf assistant coach made 17 pars and one birdie in round 2.

Two-time CGA Amateur champion Colin Prater from Cherokee Ridge Golf Course in Colorado Springs is another stroke back at 138 after his second straight 69. Prater, a mid-amateur player (25 and older) like Edens, made three birdies and two bogeys on Friday.

The field was cut from 84 to the low 40 players and ties after 36 holes, with the 44 golfers at 151 or better advancing to the weekend. The CGA Amateur will continue through Sunday.