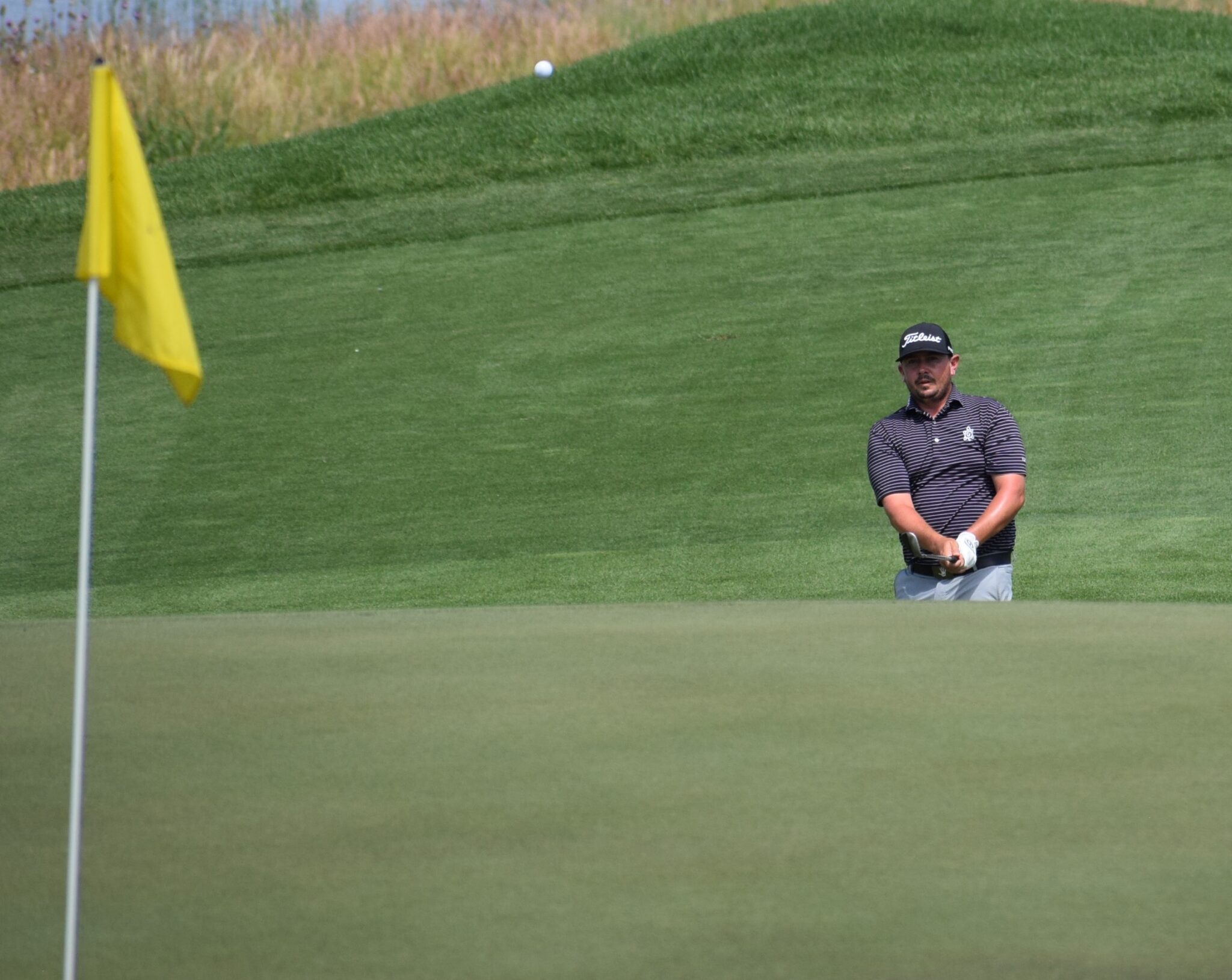 Cheyenne native Josh Creel, who started his college golf career at the University of Colorado before transferring to Central Oklahoma, will be a PGA Tour member for the first time in the season that begins in less than two weeks.

Creel earned the promotion after finishing 13th in the three-tournament Korn Ferry Tour Finals, where the top 25 earned their 2021-22 PGA Tour cards. Since late June, Creel has notched his first KFT victory (Utah Championship) and posted three other top-10 finishes (second, 10th and eighth on Sunday in the season-ending Korn Ferry Tour Championship).

Taylor Montgomery — the Las Vegas resident whose dad, former Colorado state high school individual champion Monte Montgomery, grew up in Grand Junction —  has been felled twice by cruel twists of fate. A month after missing out on a PGA Tour card by one spot through finishing 26th in regular-season KFT points, the same thing happened to him in the Finals as he ended up 26th in points when the top 25 received PGA Tour status. At the KF Tour Championship, Montgomery missed the cut with scores of 70-85 and played his last six holes of round 2 in 12 over par.

Also not fortunate this week at the Korn Ferry Tour Championship was former Fort Collins resident Tom Whitney. He came into the event inside the top 25 in the KFT Finals, but missing the cut (73-73) — and how things played out on the weekend for others — dropped him to No. 30. That will mean the former Air Force Academy golfer will return to the KFT for his second straight year on the circuit — and fourth since 2017. His best KFT showing has been a third at the 2021 Chitimacha Louisiana Open.

Meanwhile, Denver native Mark Hubbard, who lost his fully-exempt PGA Tour status by finishing 143rd in FedExCup points list, likewise failed to finish in the top 25 in the KFT Finals, ending up 59th. The Colorado Academy graduate will likely play in quite a few Korn Ferry Tour events in 2022, though by finishing in the 126-150 range in FedExCup points, he’ll get some PGA Tour starts in the 2021-22 season as well.

Hubbard has played the PGA Tour full time for five seasons, including each of the last two, with a best showing of second in the 2019 Houston Open. He’s been a regular on the Korn Ferry Tour for three years (2014, ’18 and ’19), posting a victory at the 2019 LECOM Suncoast Classic.

— Jeremy Paul tied for third on Saturday at the Forme Tour’s Rolling Green Championship in Springfield, Pa. It marked Paul’s second consecutive top 10 on the Forme Tour — where many PGA Tour Canada regulars are competing in 2021 — and third top 10 in seven starts this season. In Springfield, Paul went 69-63-69-67 for a 12-under-par 268 total, which left the German three strokes behind winner Andrew Yun. His last three holes on Saturday, Paul went birdie-eagle-birdie. Paul placed ninth in a tournament that ended Aug. 21 and 10th in one that concluded on July 23.